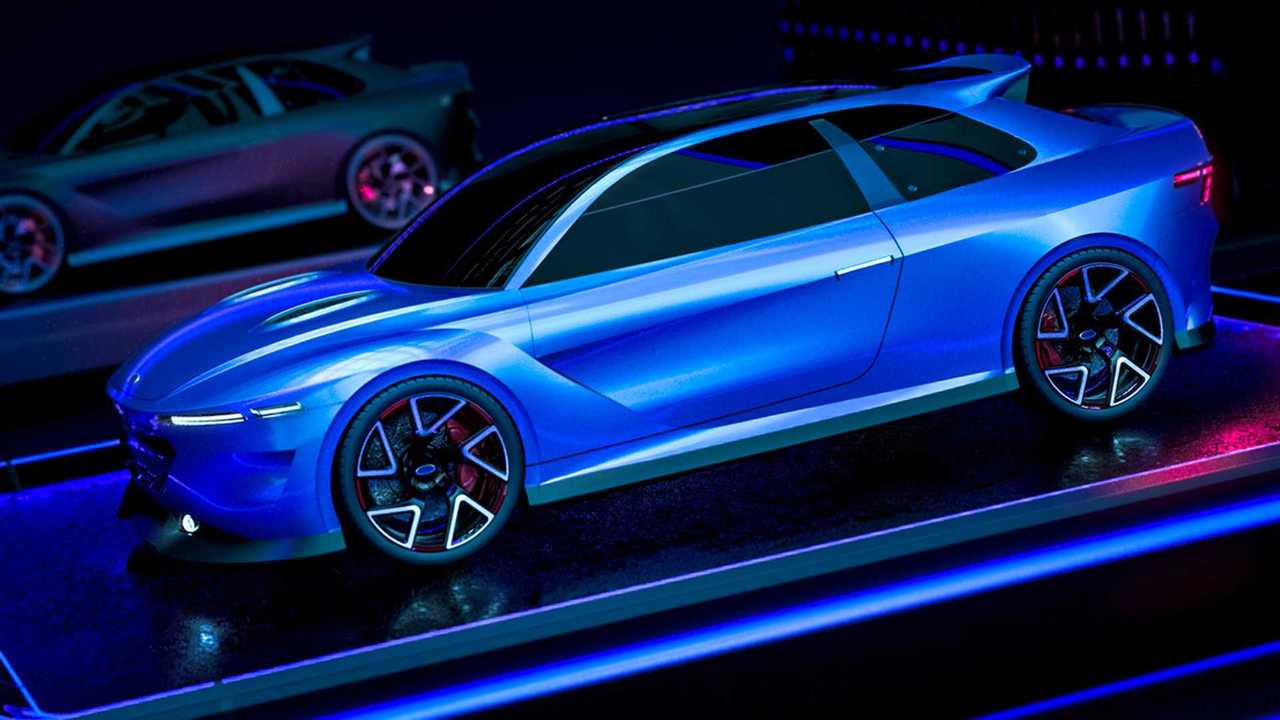 The Ford Escort RS Cosworth was the fastest, wildest, and most extreme version of the fifth-generation Escort in Europe. It was used as a homologation vehicle and is still regarded by many fans of the Blue Oval as one of the best models in the history of the company. While the Focus RS acts as an equally cool modern successor, an independent designer has decided to bring back to life the spirit of the original Escort Cossy.

Matthew Parsons proposes a fresh new take on the two-door hot hatch with a few design cues taken by the model from the 1990s. If we have to be honest, we like the proportions and dimensions of the virtual vehicle but the modernistic vibes partly kill the rally-inspired appearance of the first Escort Cosworth.

Still, a few touches, including the fixed rear wing, massive rear diffuser with integrated exhaust pipes, and shape of the taillights, as well as the wheel design, make this rendering quite appealing. We can imagine a hybridized four-cylinder turbocharged engine under the hood powering all four wheels to match the aggressive looks.

The good news is that, while the Escort Cosworth has been a thing of the past for years, Ford has plans for a new performance hatchback based on the latest generation Focus. According to the latest intel, it will have a 2.3-liter EcoBoost turbo engine sending power to the front wheels and the so-called eTwinster system developed by GKN Automotive powering the rear wheels.

Basically, the combustion engine will be responsible for the front wheel while the rear ones will be powered by an electric motor. The system should be way more powerful than the 227 horsepower (169 kilowatts) of the Escort Cosworth.