At the latest count, there still should be four new examples left in the United States.

Now that 2020 is here, automakers are releasing their total deliveries for 2019, and there's a surprise in Lexus' announcement. Somehow, the company moved 50 percent more units of the LFA supercar last year than in 2018. Granted, this meant the company delivered three of them, instead of two. Not bad for a vehicle that ended production in 2012.

If you're in the market for an LFA, there still should be a few available at Lexus dealers in the United States. In 2017, the company said that there were 12 new examples in showrooms across the country. The automaker delivered three units of the supercar in 2017 and two in 2018. Factoring in the three from 2019, there were still four LFAs left at the beginning of 2020.

The Lexus LFA Is A Respected Supercar: 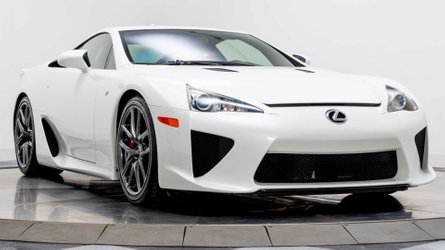 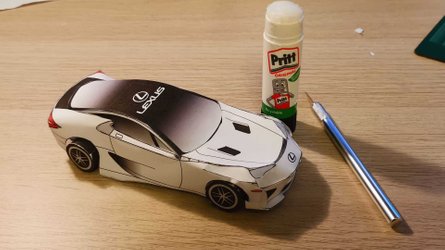 Lexus Celebrates 10th Anniversary of LFA In The Weirdest Way

Lexus began production of the LFA in 2010 and built 500 of them through 2012. Of the total, 50 had the Nürburgring Package with a 10-horsepower (7.4-kilowatt) power boost, gearbox tweaks, and more carbon fiber pieces for the body. Even the standard version packed a 4.8-liter V10 making 553 horsepower (412 kilowatts) and had a redline at 9,000 revs. The body and monocoque made extensive use of carbon fiber.

Lexus is now in the early stages of considering a new supercar. At this point, the company is still trying to get support for the model. Even if the car gets a green light for production, don't expect to see it for several years.

Customers looking for a performance-focused Lexus have something to anticipate because the company has a twin-turbo V8 on the way. It debuts in the LC race car at the Nürburgring 24 Hours later in 2020 and could be the powerplant for the rumored LC F.