Here’s how to spot an incorrect General Lee clone.

There are few cars as iconic as General Lee, the bright-orange Dodge Charger of Bo and Luke Duke, better known as the Duke Boys from the hit TV show The Dukes of Hazard. It’s an often replicated piece of TV history, but not every General Lee you see is accurate. John Schnieder, who played Bo, posted a YouTube video to his channel where he breaks down the five mistakes he sees on General Lee clones by showing off his own clone.

If the video proves one thing, it’s that the details matter. One mistake Schnieder often sees is the incorrect interior color. The orange Lee never had a black interior – it’s always been tan. He’s also seen clones with a passenger-side mirror, which the TV car did not feature. It’s one way to spot the difference between a 1968 and 1969 model. Another mistake he often sees is an orange rear panel around the taillights – it should be flat black. Another minor detail many clones get wrong is the word “Fuel” on the cap. It’s missing on many.

The General Lee Is A TV Icon: 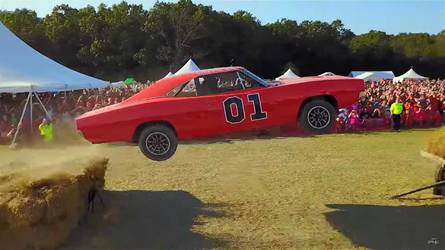 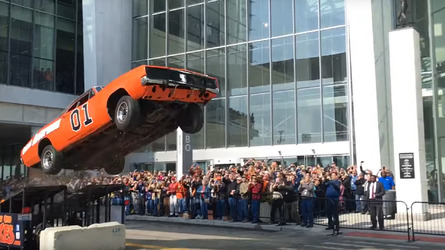 While Schnieder runs down all the minor details one should look for when inspecting a General Lee clone, he does note that there’s no wrong way to make one. Even his General Lee clone lacks some details of the countless cars used on the show. His doesn’t have a roll cage because he gives people rides, and navigating around a roll car in a coupe would be downright rage-inducing for rear-seat passengers. His car also has the incorrect steering wheel.

Schnieder also elaborates on some of the show’s behind-the-scenes magic. The white used for the flag on Lee’s roof wasn't painted, but often white cloth medical tape outlining the contrasting colors. The bush bar at the front grew after the first five episodes as the crew began using it during filming. Other details came and went as the show grew popular. Production had to make sure the car was easy to duplicate because at any given time during production, there were 13 General Lee Chargers ready for their 15 minutes of fame before a likely damaged demise.