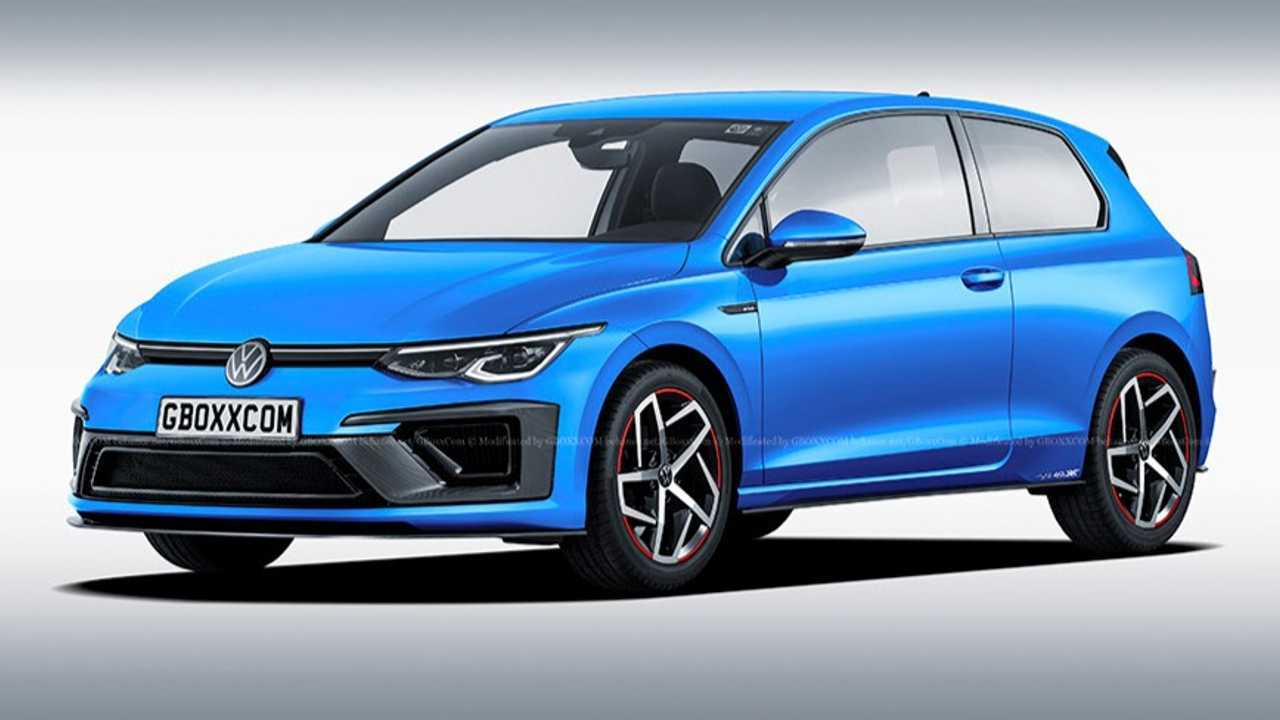 After phasing out the three-door Polo supermini some years ago, VW is doing the same with its bigger brother as the eighth-generation Golf won’t be available without rear doors. Audi will be doing the same with the Golf’s fancier A3 sibling in a move to cut costs by withdrawing from the market the slow-selling body styles. The minivan-esque Golf Sportsvan is also dead, but few people actually care about that.

The demise of the three-door model hasn’t stopped Aksyonov Nikita over on Behance from digitally chopping off the car’s rear doors and giving it some sporty bits. The centrally mounted dual exhaust tips might remind you of the Golf Mk5 R32 offered by VW with a six-cylinder engine. Most people likely don’t have a problem with the folks from Wolfsburg discontinuing the regular three-door Golf, but some hot hatch fans are surely going to miss the GTI and R in this flavor.

These two performance versions will be out next year when VW is also going to introduce the hotter GTI TCR and the diesel-fueled GTD, although the latter will likely be a Euro-focused affair. It’s unclear at this point whether the GTD and R will be offered as wagons once again on the Old Continent, but we’re keeping our fingers crossed the hot long-roof models will return. As the saying goes, variety is the spice of life.

Even if the Golf GTD wagon won’t live to see another generation, some folks living in countries where Skodas are available will take comfort from knowing the next-generation Octavia due in 2020 is expected to be offered once again in an RS TDI + Combi spec, possibly with optional all-wheel drive like the outgoing model.

Rumors are indicating VW is planning to launch a Golf R Plus with nearly 400 hp to bridge the gap between the standard R and the Audi RS3 Sportback. If you recall, the 2014 Golf R400 concept was conceived as a three-door model, but never materialized as a production model. Should the report be accurate, the new range topper will likely have rear doors since it would be too much of an effort to launch the high-powered derivative in a three-door configuration given what would be low production numbers.