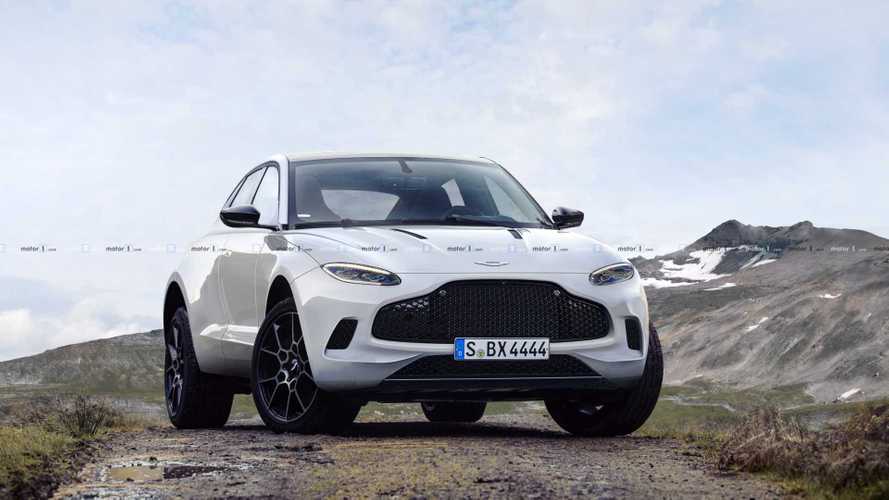 Interested in getting up to speed with Aston Martin's first SUV? Look no further.

Aston Martin DBX: This Is It And It’s Pink

Aston Martin first signaled its intention towards dipping its toes in the SUV pool back in March 2015 with the unveiling of the DBX concept. Shortly thereafter, a production version of the high-riding vehicle from Gaydon was confirmed by high-ranked officials, and then the company embarked on a long journey to bring the DBX to the market with the same moniker as the concept before it while adding rear doors for better practicality.

Aston Martin’s belated foray into the SUV segment is exactly what the company needs as the British marque isn’t in its best financial shape at this point, but it has a good shot to bounce back by capitalizing on the growing demand for high-end SUVs. It will have to face some stiff competition coming from the likes of the Bentley Bentayga Speed and the Lamborghini Urus, but the DBX will certainly have its own attributes that will lure in buyers looking for something different.

Well, it won’t be nearly as sleek as the namesake concept, but the latest prototypes caught by our spies and the ones teased by Aston Martin have revealed the DBX will be a looker. Needless to say, it won’t be as alluring as a Vantage due to the nature of its SUV shape, but we strongly believe the design team has done a great job at adapting cues from the two-door sports car to create an attractive high-riding vehicle.

Even if it’s hiding under full camouflage attire, the Vantage design traits are noticeable, and we’re particularly fond of the roof spoiler and the bulging wheel arches. Sharp body creases, a large front grille, and Vantage-inspired taillights all contribute to lend the DBX a special look and make it stand out in the crowded SUV segment.

Aston Martin has yet to tease the interior of its long-awaited SUV, but spy shots have revealed we’re going to see a fair amount of bits and pieces carried over from Mercedes as part of a tie-up between the two automakers. If you’re familiar with recent products carrying the three-pointed star, then the DBX’s cabin won’t seem all that new. That being said, we’re sure AM has found a way to spice things up and give the SUV its own flair to separate it from what you’ll find in a GLC.

The infotainment system will also be borrowed from Daimler, and it will be interesting to see whether the DBX will get the new MBUX setup or it’ll be stuck with the old COMAND system found in the Vantage. Given what will be a steep asking price, it would make sense for the SUV to benefit from the latest and greatest infotainment tech rather than a previous-generation system.

What's Under The Hood?

The latest teaser episode released by Aston Martin revealed what we’ll find under the hood of the DBX. To no one’s surprise, it will be AMG’s twin-turbo 4.0-liter V8 also found in the Vantage and the DB11. In this new application, it’ll produce 542 horsepower (404 kilowatts) and 516 pound-feet (700 Newton-meters) of torque.

Further down the line, the DBX will reportedly get Aston Martin’s own twin-turbo 5.2-liter V12 available in the DB11 grand tourer where it pumps out as much as 630 hp and 516 lb-ft (700 Nm) in the hotter AMR version.

There will be a third powertrain option as the company’s CEO Andy Palmer has already confirmed plans to electrify the DBX by coming out with a hybrid version at some point in the life cycle.

What Else Should We Know?

To be built at a new factory in Wales, the DBX has been tested during the development phase at speeds of up to 186 mph (300 km/h) and might come with a drift mode courtesy of a rear-biased all-wheel-drive system. The most versatile model in Aston Martin’s lineup was benchmarked against the Porsche Cayenne Turbo and BMW X6 M to make sure it would end up just as nimble and strong as its German competitors.

There’s a lot riding on the DBX as Aston Martin recently said it’s going to be the most important vehicle in the company’s 106-year history. Huge financial efforts have been made over the last few years to bring the SUV to production, so it’s vital for the model to become a commercial success. With the DBX, the folks from Gaydon say they’ll be able to lure in more female buyers as in-house analysis has revealed women are actually more tempted to get behind the wheel of an SUV compared to men.

Aston Martin has announced the DBX in production guise will receive its world debut in December. This timeframe leads us to believe the premiere will take place at a standalone event where it will get all the attention rather than having to share the spotlight with other pricey SUVs at a major auto show.