Seat belts are optional. Or not.

BMW dropped a short ten-second video recently on Twitter. Given the, um, enticing nature of the clip we will skip the obvious ten-second joke, but we will call direct attention to something BMW is merely implying – future vehicles with fully autonomous capability could provide amorous couples an opportunity for some great sex-on-the-go.

Roadshow tipped us off to the Tweet from BMWi that posted a couple of days ago. The short clip features the company’s iNEXT concept SUV, a vehicle destined to spawn a production version in 2021. Our colleagues at InsideEVs had a good look at the concept when it was in New York, revealing an X5-sized people mover with an expansive interior that’s apparently roomy enough for, well, you get the point.

Girl Changes Clothes In Front Of Semi And Instantly Crashes
⠀ 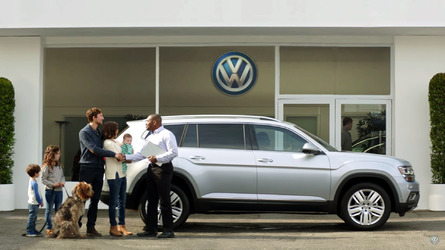 There’s no denying the ad is attention-getting, and if we’re honest, it’s not as if some hanky panky doesn’t already take place in vehicles.  This clip has received considerable backlash, however, for being everything from tasteless to depicting irresponsible behavior. Engineering Explained had perhaps the best response, from a practical standpoint anyway. Frankly, we’re surprised nobody else has mentioned alternative uses for seat belts in this situation.

To BMW’s credit, the clip is given the disclaimer that it’s only a demonstration and the automaker doesn’t offer self-driving cars. Furthermore, it’s not like this is the first time sex in an autonomous car has become a social media topic of discussion. Lest we forget the infamous adult video filmed in a Tesla earlier this year, prompting Elon Musk to chime in on the subject.

The reality of self-driving cars is that such activity will certainly happen. In fact, it’s already happened, but sex is perhaps the most dramatic way to highlight what will undoubtedly be the biggest challenge facing automakers in an increasingly autonomous future. At what point – if ever – will it be truly safe to simply let the vehicle do all the driving? Even if that time comes, seat belt laws will likely restrict movement, so can autonomous vehicles really free up passengers for other activity?

Actually, seat belts might make this experience even better for some people.