A better suspension and locking differentials would make off-roading easier.

A Chevrolet Silverado ZRX off-road-oriented pickup will allegedly arrive for the 2022 model year, according to Muscle Cars & Trucks citing "sources familiar with General Motors truck plans." The model would act as a step above the Colorado ZR2 in the Bowtie's lineup of rugged pickups.

The tweaks for the Silverado ZRX allegedly include an overhauled suspension using the Multimatic DSSV dampers similar to the units on the Colorado ZR2, according to Muscle Cars & Trucks. Front and rear electronic-locking differentials would improve off-road traction. 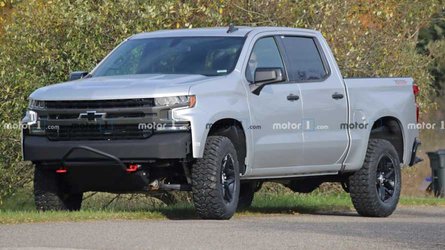 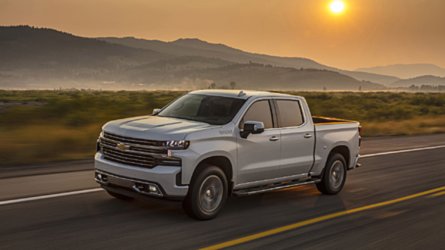 The engine wouldn't have any modifications to take power beyond other Silverado trims. At the moment, the top version makes 420 horsepower (313 kilowatts) from a 6.2-liter V8, but we can't rule out changes or additions to the powertrain lineup before the ZRX arrives. Muscle Cars & Trucks even notes the possibility of the Silverado's new 3.0-liter diesel being available on the ZRX.

To lend more credence to the claim that Chevy is building a Silverado ZRX, General Motors has an application for the ZRX moniker pending as of August 15. In a confusing twist, Fox Racing Inc, the supplier of off-road suspension components, filed a trademark for ZRX on August 22 specifically for "custom pick up trucks." GM's registration covered "motor land vehicles, namely, automobiles, sport utility vehicles, trucks, vans, engines therefor and structural parts thereof."

Two companies filing for the ZRX trademark for such similar purposes makes us wonder whether Fox is working with GM in some way on this project. Fox already supplies suspension components for vehicles like the Ford F-150 Raptor and Toyota TRD Pro models. Adding another automaker to its client list, therefore, doesn't seem too outrageous.

Rumors hint that the Silverado gets an interior overhaul for the 2021 model year. If the ZRX arrives in 2022, it should benefit from these improvements.