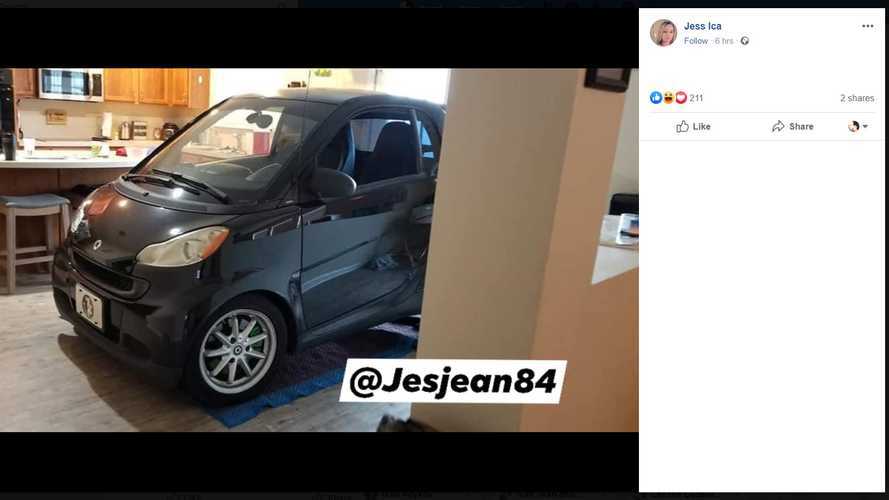 That poor Smart might not have made it through the high winds.

After devastating the Bahamas for close to two days and destroying thousands of houses, Hurricane Dorian started hitting Florida’s east coast Tuesday evening. More than two million residents in Florida, Georgia, and North and South Carolina were warned to evacuate. Dorian is the strongest storm on the planet this year and the Bahamian Prime Minister, Hubert Minnis, described its power and the devastation in the country as “unprecedented.”

With all that said, you’d probably think no one even cares about his car at the moment as the priorities are probably much, much different. Try to take the following as a thin ray of positivism – as Hurricane Dorian continues to move northwest up the Florida coast, towards Georgia and the Carolinas, preparations of local residents are already well underway. A car fan from Florida took one extra step, trying to protect his wife’s car.

Photos on Facebook show a two-door Smart parked in the kitchen of a Florida house. The shots were uploaded by Jess Ica, who commented that “my husband was afraid his car might blow away.” Being a Smart ForTwo means there’s still plenty of room in the house and the German mini-car actually fits the interior pretty well. Even the dogs seem to be happy that their beloved ride is safe.

Hurricane Irma Turned A Florida State Road Into A Beach

Jokes aside, the National Hurricane Center’s latest reports indicate Hurricane Dorian has moved onshore the coast of northeastern Florida and has caused rain with wind speeds of up to 72 miles per hour (115 kilometers per hour) and a gust of 89 mph (144 kph). You can follow the movement and development of the hurricane here. Be safe out there.