Lamborghini Sian Officially Debuts Tomorrow, But You Can See It Now 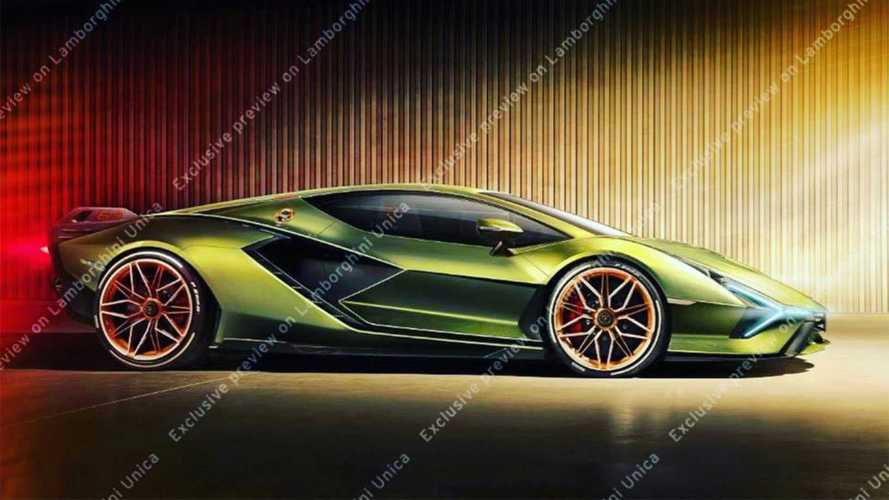 If you’re among the one-percenters with a Lamborghini parked in your garage, there’s a pretty good chance you’ve seen this image already. That’s because Sant’Agata Bolognese’s next bull is already being previewed through Lamborghini Unica, a smartphone app exclusively dedicated to Lambo owners. That explains the rather annoying watermark plastered all over the image.

Details are murky at this point, but the car is apparently called “Sian” and costs a cool $3.6 million. There are contradicting reports about how many of these will be built, although that probably doesn’t really matter since Lamborghini might have found buyers for all of them already. For what it's worth, the orange "63" logo on the rear spoiler could reveal the number of units planned for production in the same vein as the SVJ 63 special edition.

We hear the spectacularly designed vehicle you’re looking at uses the same naturally aspirated V12 engine as the SVJ, but with an electric twist as the rumor mill points out the powertrain features a mild-hybrid setup. If the gossip is to be believed, we’re looking at roughly 800 horsepower factoring in the electric motor working together with the old-school 6.5-liter naturally aspirated mill.

The Sian is not the first Lamborghini to be electrified, but it is the first one people can actually buy since the Asterion hybrid and the pure electric Terzo Millennio were both concepts. A hybrid Urus SUV will follow eventually, but Lamborghini is in no rush since the regular twin-turbo V8 version is enjoying a huge commercial success.

Speaking of the Terzo Millennio, some of its design traits can be easily noticed on the Sian. Complementing the official image released on the Unica app are several patents showing the hybrid hypercar from different angles. While not as radically styled as the concept before it, the wild appearance of the Sian is certainly worthy of the Lamborghini badge.

The Sian is regarded as being a proper send-off for the Aventador, which has been around since early 2011. That being said, a recent rumor suggests that might not be the case as a report indicates Lamborghini has pushed back its replacement until 2024. If the aging Aventador will indeed stick around for a few more years, it likely means it’s going to spawn at least one more special derivative.