But can we have both?

By now, you would have already read and watched a ton of content about the Toyota Supra. From how much power it actually makes, to how much the top spec variant can cost, the Supra has heralded the return of the halo car from Toyota, and, more importantly, precedent has been set for the direction of performance cars from the Japanese manufacturer moving forward; they will come.

In a quick talk with the Supra's chief engineer, automotive website Autoindustriya, was able to find out a few more interesting things about the future of the Toyota Supra. Toyota invited a handful of automotive media to a regional drive of the GR version of the Supra at Sportsland Sugo in Japan, and Tetsuya Tada was asked a very good question: “Why doesn't the Supra, given its name, come with the more powerful BMW S58 engine and when can we expect a Supra with a manual gearbox?”

For those who don't know, the S58 is the spiritual successor to the famed S55, and is based on the B58. In its most powerful tune, the turbocharged 3.0-liter six cylinder pushes slightly past 500 horsepower, making it the engine of choice for BMW M cars for the better part of the future. The manual transmission question is a no-brainer; a purist choice. Tada was quick to reply, basically saying, "Which one would you choose to give a higher priority?"

Apparently, Tada goes on by saying that the Supra at its current state is the initial offering, and every year, the sportscar will get upgrades. With upgrades, there is an order in which new things can be introduced, and the only question is which one goes first.

The Future Is Bright For Toyota: 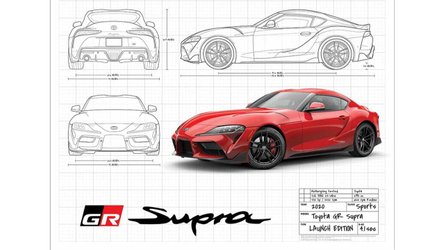 You Can Order An Official 2020 Toyota Supra Poster For Free
⠀ 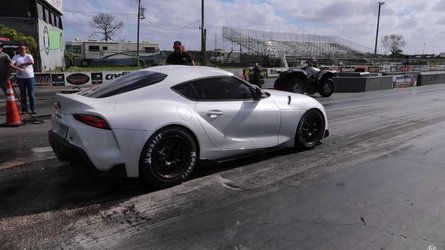 So, what will it be? A more powerful engine, or a sweet manual transmission? I don't think we can have both, though. One thing's for sure, the Toyota Supra could be the start of a long lifespan for the brand's halo car, with the promise of getting better with each year.