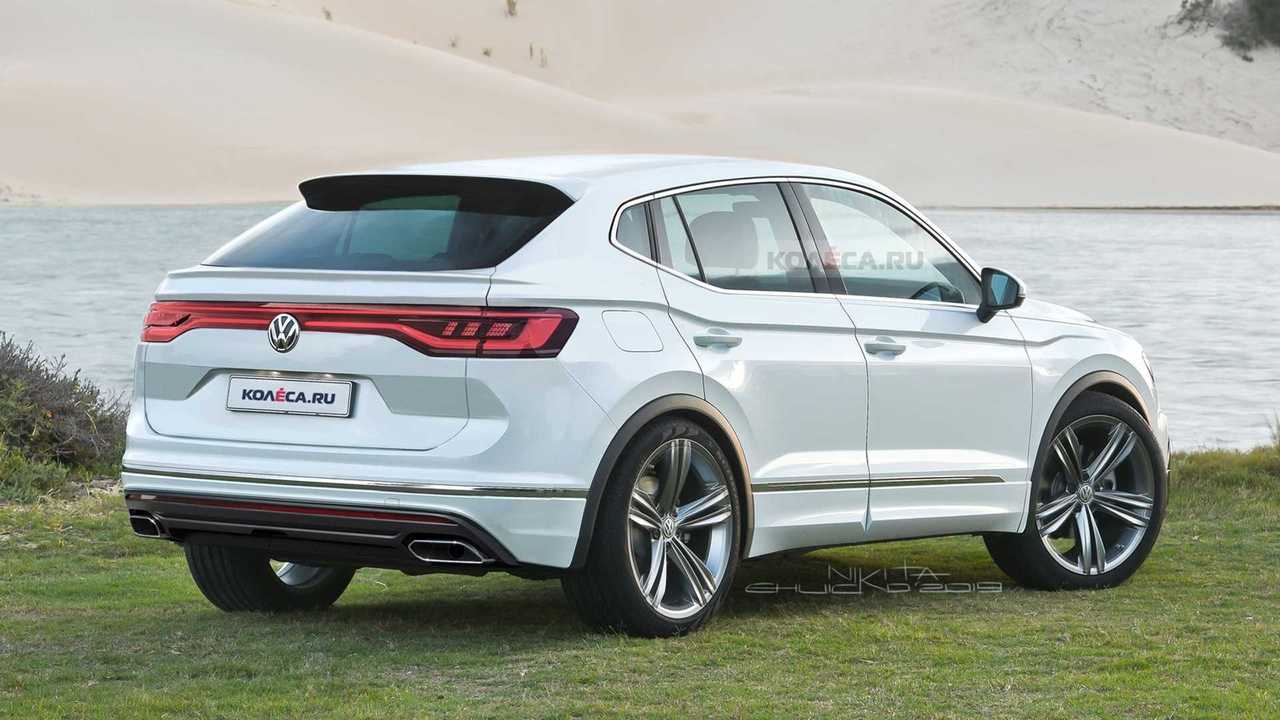 Despite the odd shape, it doesn't look half bad.

The third-generation Volkswagen Tiguan won’t be out for at least a couple of years, but that hasn’t stopped the rumor mill from churning a spicy report about the compact crossover getting coupe influences. An article published at the beginning of the month by Auto Express said something about the new Tiguan getting “radical” styling with design cues taken from coupes, and now the folks over at Kolesa.ru have imagined the sleeker crossover.

Although it doesn’t have the R-Line badging, this could very well serve as the sporty trim thanks to its chunky (fake) air intakes up front and the dual exhausts at the back. The large wheels and the relatively limited ground clearance due to the stiffer suspension are also ingredients of an R-Line model, while the built-in rear spoiler further enhances the Tiguan’s sporty attitude.

VW had plans to coupe-ify the current generation of the crossover, but those have apparently been shelved and in its place SEAT through its Cupra division will launch the Formentor. Should you want Wolfsburg’s badge on a CUV beaten with the coupe stick, rumor has it the next-generation Tiguan will be out at some point in 2022. The Russians have imagined the fancier model with full-width taillights, which are becoming more and more common in today’s automotive design trends.

Since we’re on the subject of the controversial crossover-coupe niche, the subcompact T-Cross will allegedly spawn a “coupe” version at the end of 2022 to capitalize on the growing popularity of these body style mashups. Considering VW just unveiled a T-Roc Convertible, I guess anything can happen and we shouldn’t be surprised anymore.

VW is far from being done with its crossover assault as the Taigun concept from several years ago is allegedly back on the agenda, with the sub-T-Cross model expected to arrive the same year as the next-gen Tiguan. Add into the mix the new Tarek and electric Crozz, and it is safe to say VW has all the crossover bases covered.