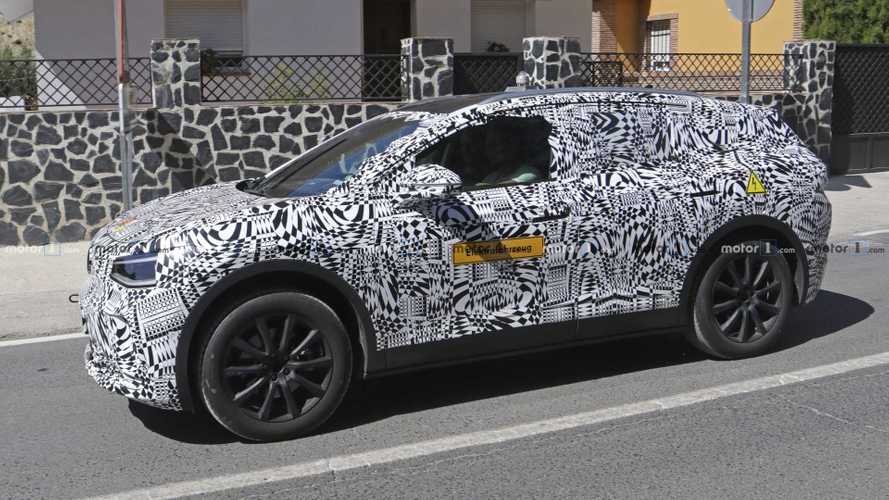 We will probably see it at the dealers in about a year from now.

[UPDATE, August 1] 15 new spy shots have been added at the beginning of the gallery, below.

2019 will be the year when Volkswagen will launch its first mass-production all-electric vehicle. Dubbed the ID.3, it’s a compact hatch, roughly the size of the current Golf, which will be joined by a lifted crossover, also part of the I.D. family. The vehicle in question was previewed with a concept back in 2017 and is now making its first appearance on public roads through these spy photos.

As far as we can tell, the electric crossover will be positioned between Tiguan and Tiguan Allspace in terms of exterior dimensions with a bit more room in the cabin compared to the former. While the prototype confirms the production model will follow the design language of the concept, there are several major differences between the two.

First, the rear end of the trial car looks more like a hatchback rather than the study’s sloped roofline and large overhang. In addition, the rear doors seem to have a traditional design with door handles at the back and hinges at the front. Of course, the wheels are significantly smaller than those on the I.D. Crozz and I.D. Crozz II concepts, but that’s normal and the actual size may vary depending on the customers’ preferences.

The production I.D. Crozz (name not confirmed) will share its architecture with the ID.3. The MEB platform will be used as a foundation for the all-wheel-drive SUV, which will be powered by two electric motors, one for each axle. According to preliminary information, the electric powertrain will have a combined output of more than 300 horsepower (224 kilowatts).

A large battery pack will provide a range of approximately 310 miles (500 kilometers) between two charges with a possible fast-charging function, recovering up to 80 percent of the energy in 30 minutes using a 150-kW charger.

This is obviously an early test prototype of the vehicle, which makes us believe we won’t see it on sale before the second half of 2020. It's already been confirmed for a launch in the United States. Production will reportedly take place at VW's Emden factory in Germany.