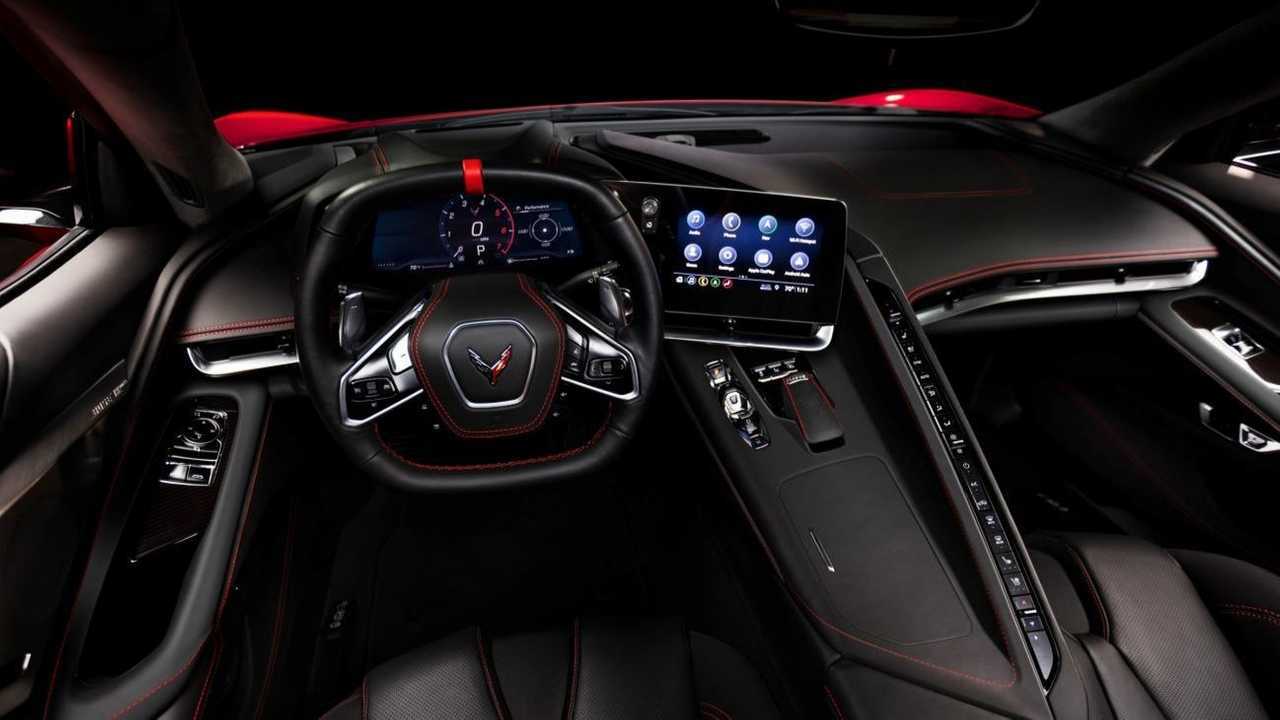 Take a look inside of the 2020 Chevrolet Corvette.

An image of the 2020 Chevrolet Corvette's interior has purportedly leaked online from the Corvette Forum and was later tweeted by Bozi Tatarevic (see below). At this time Motor1.com can't confirm whether the image actually shows the cabin of the mid-engine Corvette. However, the composition of the photo has all the hallmarks of a press photo.

Judging by this photo, the new Corvette is definitely not following the trend of employing fewer buttons and replacing them with digital displays. There's a massive strip of switches that rises up the center console. Looking closely, these buttons appear to be predominantly for the HVAC controls and seat heating.

The rest of the cockpit has a distinct focus on the driver. The infotainment display tilts toward the person sitting behind the wheel. In fact, it might require an awkward reach from the passenger if that person wants to make any adjustments. More switches are canted toward the driver on the center console, including what appears to be the infotainment system controls and push-button transmission selections.

The steering wheel is the same two-spoke, squared-off shape from a recent leak. A major difference is that this one has a red stripe at the 12 o'clock position. It has quite a few buttons, too.

Behind the steering wheel, there's a fully digital instrument cluster. For some reason, the left side of the display is blank in this image. A combination of a tachometer and speedometer is in the center. The right section shows Performance at the top, and the graph underneath looks to be a G-force monitor.

If the driver still needs more buttons to play with, then there are a few more on the door panel. We can make out controls for the mirrors and windows there.

As a reminder, the C8 Corvette's debut happens tonight (July 18) at 8:00 PM PT, which works out to 11:00 PM ET or 3:00 AM GMT. You can watch the unveiling stream here. Also, Motor1.com has a team attending the premiere, so check back for photos and video from the event.