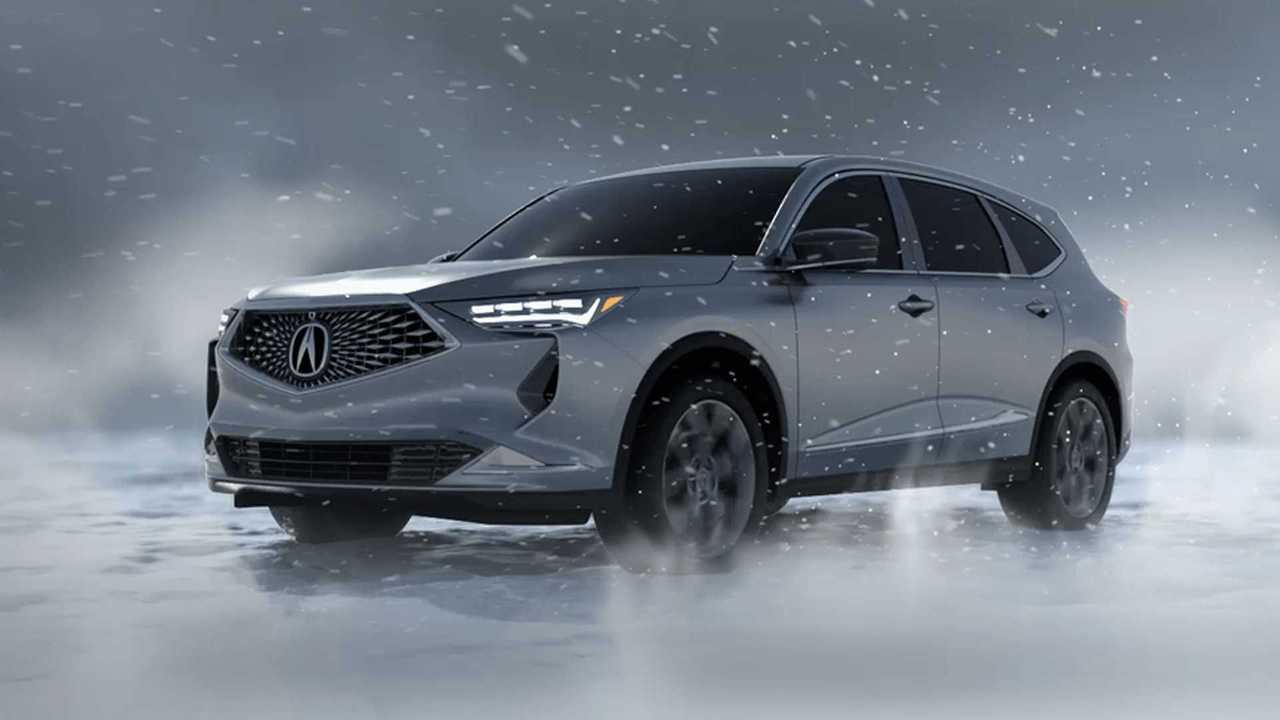 Acura says the renderings are conceptual, but they could be very close to the production models.

New model leaks happen in a variety of ways, but we aren’t quite sure we’ve seen one happen like this. A technically savvy member at AcuraZine with the forum name rdx.god posted up some very interesting images that claim to show the forthcoming MDX redesign, which could be coming for the 2020 model year. Also in the post are images of what might be the next Acura TLX sedan, a vehicle we don’t expect until the 2021 model year, and some interesting renderings of interior items and possible options for these vehicles.

Where did these photos come from? That’s the interesting part, as this person apparently bought a new Acura RDX and did some digging in the crossover’s software suite. Mind you, these aren’t things you’ll just happen upon while pushing buttons. According to the thread, this person found some technical-sounding files and loaded them into an Android developer toolkit. We don’t speak computer-ese very well, but the bottom line is that it took some extra steps to find these photos. But are they legit?

Comparing the MDX photos to our own spy shots (above), the proportions do appear to match up. As for the TLX (below), we don’t have much to compare with in terms of spy shots, but the leaked photo bears a striking resemblance to the TLX PMC Edition that Acura revealed earlier this year at the New York Auto Show. The front fascia is particularly similar, though the headlights look narrower and there’s a bit more pizazz to the body lines. Honestly, we hope these are the real deal because we like what we see.

However, to further answer that question, we shot a quick message to Acura. It seems strange that images of future products would wind up buried in software for vehicles currently on sale, but a spokesperson for the automaker offered a clear, logical, and surprisingly upbeat explanation.

“As we announced, the True Touchpad Interface that debuted on the RDX will expand across the Acura line-up. These conceptual renderings were embedded deep in the RDX’s user interface software for placement only. While the renderings are conceptual and based on our Precision Concept design language, we are pleased with the anticipation and positive reaction, and are excited to share details of future Acura products at the appropriate time."

Officially, then, these images are merely concepts. Whether they translate partially or directly to production vehicles remains to be seen.

Source: AcuraZine via Car and Driver