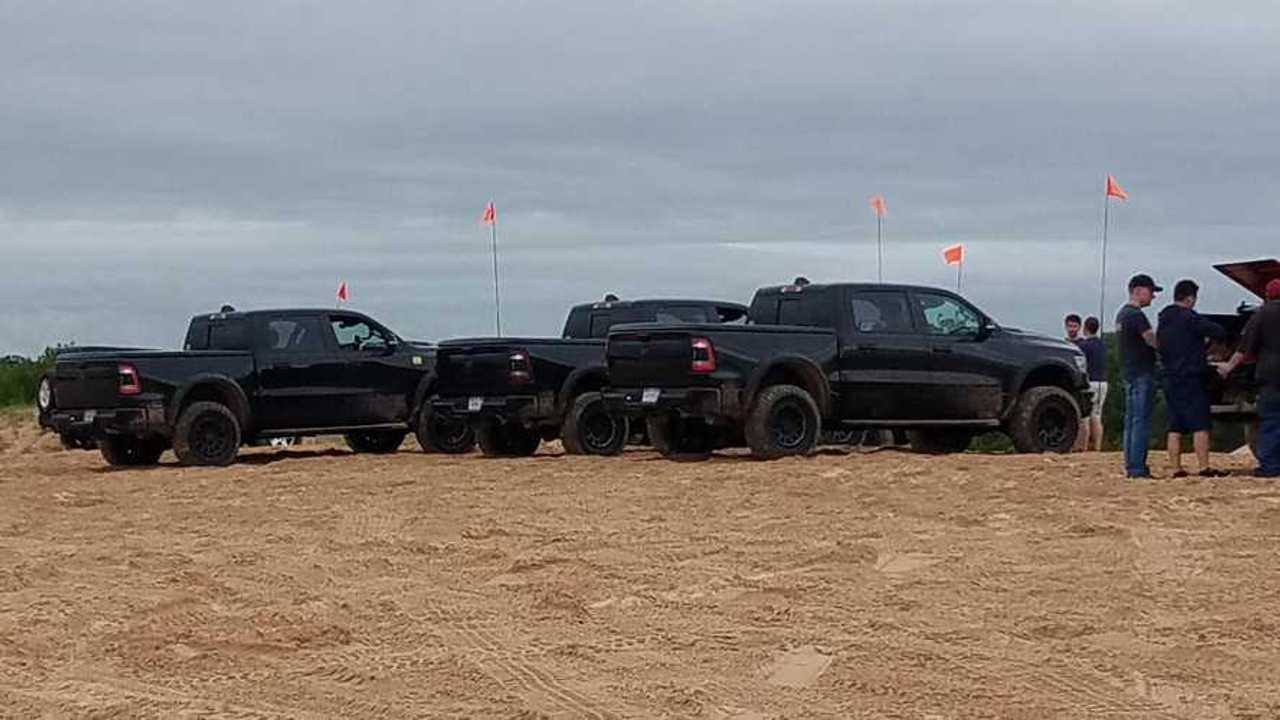 The model will reportedly arrive for the 2021 model year.

UPDATE: Additional photos of the Ram 1500 Rebel TRX in the gallery below.

The Ram 1500 Rebel TRX is the pickup brand's upcoming performance truck packing the 6.2-liter supercharged Hellcat V8. Jordan Denhoed spotted the vehicle testing at Silver Lake Sand Dunes in Michigan and snapped some photos of it. He was kind enough to give permission for Motor1.com to republish the images.

More Footage Of The Testing Below, Including A Cameo Of A Ford Raptor:

Like a previous test mule, Ram's engineers opt for a blacked-out appearance for these development vehicles. The truck wears components like fender extensions with exposed fasteners and dual exhaust pipes. All-terrain tires with bead-lock-style wheels provide a more rugged look.

Mechanically, the Hellcat should make its familiar 707 horsepower (527 kilowatts), and the mill reportedly hooks up to a 10-speed automatic. The drivetrain allegedly includes ARB Air Lockers at both axles. Seeing Ram test the truck in the dunes suggests the company intends the pickup to be very capable off-road.

For handling rugged terrain, the Rebel TRX reportedly has dual Bilstein shocks at each corner, and the truck has quite a high ride height in these photos. There are also upgraded brakes for improved stopping power.

An insider source recently gave Motor1.com some info about the TRX's development. The company reportedly has a total of 40 test mules – 30 in black and 10 in white. One of them reportedly has the 840-hp (626-kW) Demon engine under its hood, which would make for a truly beastly pickup.

The exact timing of the Rebel TRX's debut is a mystery, but the general consensus is that the performance truck should be available for the 2021 model year.

If you're shopping for something a little more economical, a Rebel TR is also reportedly on the way. It allegedly uses a naturally aspirated 7.0-liter V8 making around 520 hp, and the model still should have some off-road prowess.