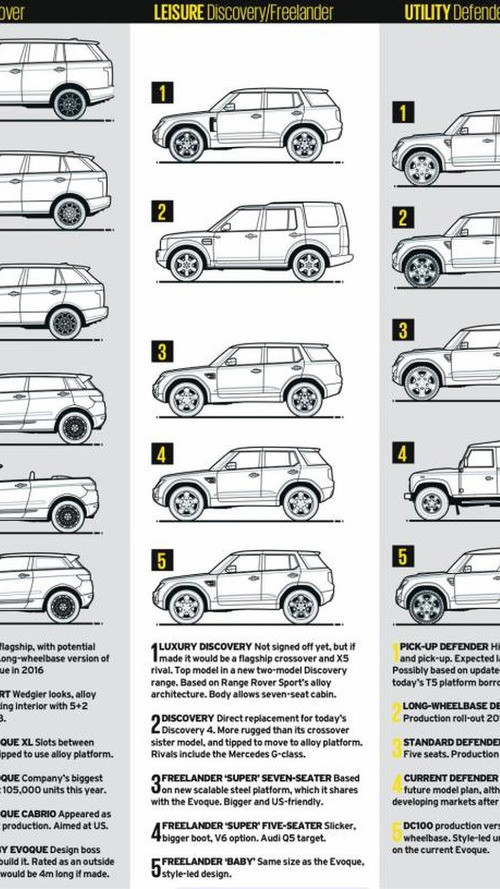 A week ago we talked about Land Rover’s plans to have 16 models by 2020. In Autocar’s latest issue we get to see them all, divided into three categories: luxury (Range Rover), leisure (Discovery/Freelander) and utility (Defender).

In the leisure segment there’s a luxurious version of the Discovery (not confirmed yet), the regular Discovery, along with five- and seven-seater Freelander and a smaller version as well.

A recent report is indicating that Land Rover is working on an RS version of the Range Rover Sport.

Thanks to Phoneviseth for the tip!