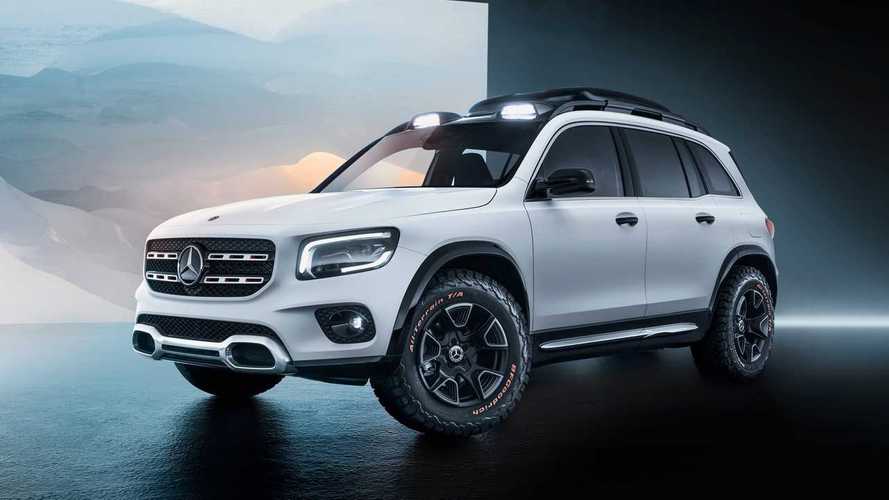 Despite being a compact car, the boxy crossover will be available with a third row.

Even though the concept was unveiled less than a month ago, the production-ready GLB is actually not that far behind. In fact, we know for a fact the official premiere will take place this summer and Mercedes has already organized test drives with pre-production prototypes in northern Sweden. Autocar had the opportunity to hop inside the boxy crossover and also chat with Jochen Eck, an engineer at the three-pointed star responsible for testing models belonging to the compact segment.

He revealed the idea behind developing the GLB came after Mercedes execs ruled out a long-wheelbase version of the new B-Class. It’s a decision that makes sense considering the demand for crossovers is increasing to the detriment of minivans. Eck went on to mention the Concept GLB’s rugged looks could translate into an off-road package for the production model, but a final decision has not been taken.

A more capable GLB would be nice to see, especially since Autocar says the standard model’s ride height limits the crossover’s abilities on difficult terrain. Eck did say more ground clearance can be added, but he argued people shopping in this class don’t really care about off-road prowess and only want on-road performance. Even if approved for production, an off-road-ready GLB will not be available at launch.

The first-ever GLB will be precisely 4.63 meters (182.3 inches) long or 21 centimeters (8.3 inches) longer than the outgoing GLA, although the latter will likely grow for its second generation. The crossover’s generous length will make it nearly as long as the GLC (4.65 meters / 183 inches) and that will translate into a spacious cabin. The boxy shape without a sloping roofline to eat into the headroom will be another asset, while the wheelbase 100 mm (nearly 4 inches) longer than that of the A-Class will ensure plenty of legroom.

Like the concept, the GLB you’ll be able to buy is going to be available with a third row. The video attached below – beginning with the 4:00 mark – shows a tall man (nearly 1.9 meters or 6’2”) sliding the middle row forward to hop into the rearmost seat and claim that it’s “comfortable.” Even so, those two seats will likely be best suited for kids.

The video is also a good opportunity check out the GLB’s oh-so-familiar cabin, with the dashboard design nearly identical to other new Mercedes compact cars from where the GLK’s spiritual successor will inherit just about everything. Depending on the market, cheaper versions will come with a front-wheel-drive layout, with the more expensive ones set to feature 4Matic.

After the conventionally powered model’s reveal sometime this summer, a fully electric EQ B will follow in 2021.