Chevy's GMC Motorhome that never was.

Gone but not forgotten, the GMC Motorhome started out in life during the late 1960s as a concept for a six-wheeled recreational vehicle with a car-like suspension setup and a flat and low floor. Thanks to a front-wheel-drive, front-engined layout, it was possible to remove the rear body cap for a generous opening making it ideal to easily load the cabin with the necessary appliances and furniture.

Launched in 1972, the Motorhome was available in a Model 230 specification with a 23-feet (7-meter) length and a 140-inch (3600-mm) wheelbase as well as a longer Model 260 stretching at 26 feet (7.9 meters) and a wheelbase spanning at 160 inches (4.1 meters). Unlike most of the other RVs from that era, it was designed, engineered, and built entirely by GMC, which also fully equipped the interior upon request. Alternatively, there was also an empty shell “TransMode” variant for those who wanted to personalize the interior to accommodate various purposes, such as turning the Motorhome into an ambulance or a mail delivery vehicle.

An image posted this week by GMPhotoStore on Facebook reveals General Motors also toyed around with the idea of developing an equivalent Chevrolet version. Information is scarce, but what you’re seeing is a clay (or is it aluminum?) model from July 1972 – the same year production of the Motorhome started. The Chevy version had a slightly different greenhouse with flat windows and lacking the wraparound windshield, which would’ve probably made it cheaper to produce than the GMC.

It appears to be a full-scale model with a revised front fascia featuring quad headlights and the turn signals positioned below in the same vein as those of the Motorhome. The grille had a simpler design while the front bumper wasn’t fully chromed like on the GMC variant. Looking at the side profile, it seems to be based on the shorter variant and has the “Chalet Royale” moniker written underneath the window. The name was likely chosen as a reference to “chalet” – a wooden house usually found in the Swiss Alps.

It’s unclear why Chevy’s version of the Motorhome wasn’t green-lighted alongside the GMC, which went out of production in 1978 as a victim of the oil crisis. In this interval, nearly 13,000 units were built before the production facilities were repurposed to boost truck output.

Here Are Other Forgotten Family Haulers: 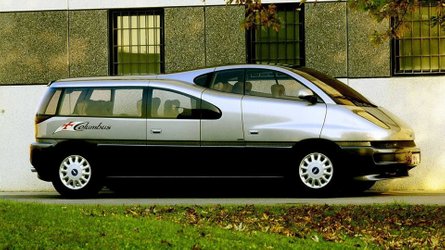 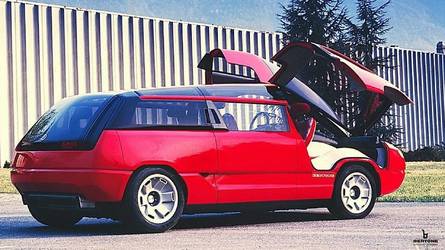 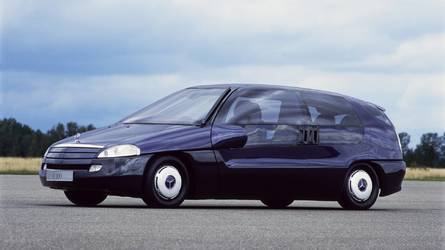 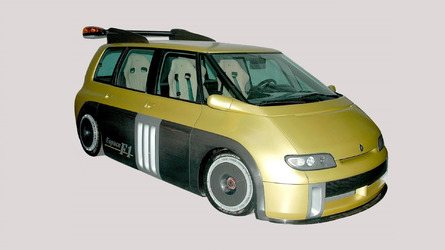