It's a badge-engineered 1996 Mazda Bongo, but we kind of dig it.

Here’s a cool chapter in the book of obscure camper vans, at least for those of us in North America. Yes, this vehicle has a Ford badge, and to the eyes of some, it might even resemble the Aerostar of old. It’s not connected to that love it/hate it minivan of the ‘80s and ‘90s, however, not even remotely. This machine is called the Ford Freda, and it’s actually a rebadged Mazda Bongo from 1996. It was a Japanese-market van that also saw some occasional exports to the UK, though this particular model is destined to a buyer in Canada. It’s presented here by PacificCoastAuto on YouTube. 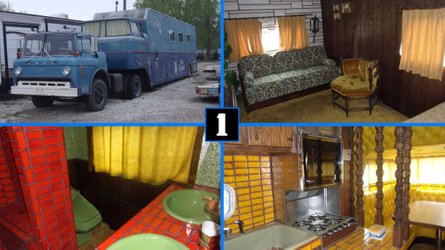 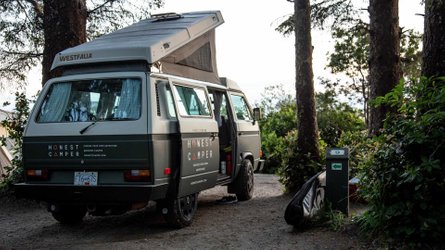 We generally love camper vans of any type, especially small ones that make clever use of the available space. In that respect, this Freda doesn’t disappoint – the power-operated roof lifts high enough for an adult to stand in the middle of the minivan, while also providing sleeping accommodates for two adults who don’t mind getting a bit cozy. Back inside the van, the second-row bench seat folds flat and slides forward to create both a dining table and a second small bed once cushions are applied. A stand-alone seat is mounted at the very rear for reasons we don’t fully understand, but hey, this minivan can sleep three and seat six, which is pretty darned impressive.

As for other camping amenities, an all-in-one module is mounted in back on the passenger side that features a small sink, single burner stove, and a cooler. Beneath the components is storage for water and propane, and a cooking fan is built into the side to vent smoke and smells should you overcook your burgers. The module also houses additional batteries for power, and electronics to control the rear heating system.

Looking For Something Larger? 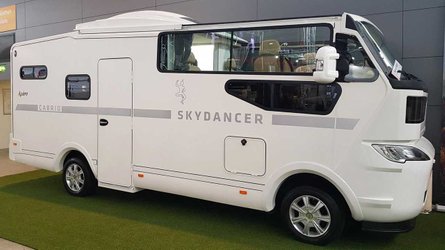 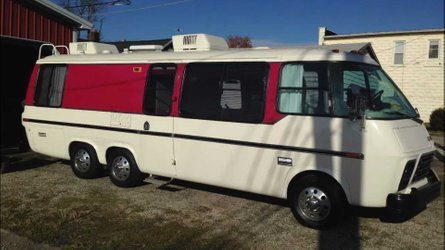 Overall, the little van seems to have all the necessities for a neat weekend getaway. The aesthetics are a bit disappointing, partly because it’s a used 1996 model that looks like it needs a hefty cleaning but mostly because it feels less like a camper, and more like a minivan with a stove and a big sunroof. Still, it should be capable of getting at least a little distance off the beaten path – power comes from a plucky 2.5-liter turbo diesel engine that drives all four wheels in a full-time AWD arrangement.

With some minor dress-up inside (maybe deleting the second-row bench for a better folding table might help) this could be a pretty cool little van. It already wins for clever use-of-space, and we doubt you’d ever see another one in a North American campground.