2020 Jeep Gladiator Rendered With All Sorts Of Bed Toppers 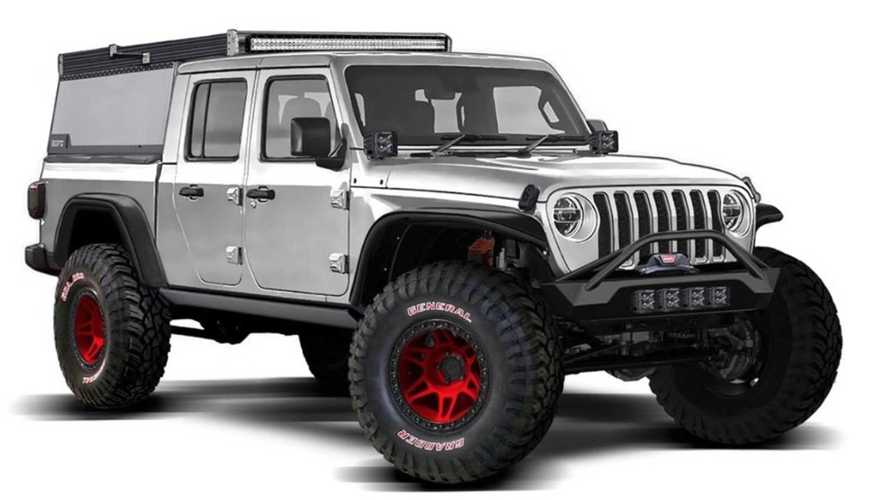 We can't decide between the Fastback and the Wagoneer.

Now that the Jeep Gladiator is finally out, it only seems natural that people with Photoshop skills are attempting to envision the rugged pickup in all sorts of versions. In contrast to the Gladiator’s removable doors, roof, and windshield, these renders published by users of the JeepGladiatorForum.com website are imagining the truck with add-on pieces, specifically bed toppers and roof racks.

We’re particularly fond of the Wagoneer, complete with wood paneling on the sides, but we wouldn’t say no to the sportier Fastback either. A camper conversion based on the Rubicon would also be interesting for those in the market for an all-in-one vehicle. It’s probably only a matter of time before independent companies will offer at least some of these bed covers and toppers, with this year’s SEMA show likely shaping up to be a festival of custom Gladiator trucks.

Let’s keep in mind that FCA’s in-house Mopar has already announced more than 200 products tailored to the pickup, with goodies such as tonneau covers available in hard-trifold, soft–trifold, and soft roll-up configurations. It remains to be seen whether Mopar will offer any of these bed toppers rendered here, but we do know roof racks and cargo carriers have been developed for the Gladiator.

The Gladiator Is Finally Here:

Some of the attached renders are showing the 2020 Jeep Gladiator with a retractable soft top, which to us sounds like a neat idea. These actually come from Colorado-based Bestop that offers a multitude of custom tops for Wranglers and other vehicles, so chances are they’ll actually have something for the Gladiator sooner or later.

Meanwhile, the much-awaited Jeep truck will set you back at least $33,545 for the base model, unless you want to go all out and get the fully loaded Launch Edition available for a hefty $60,815. The latter can be ordered only today, April 4, and is limited to 4,190 units.