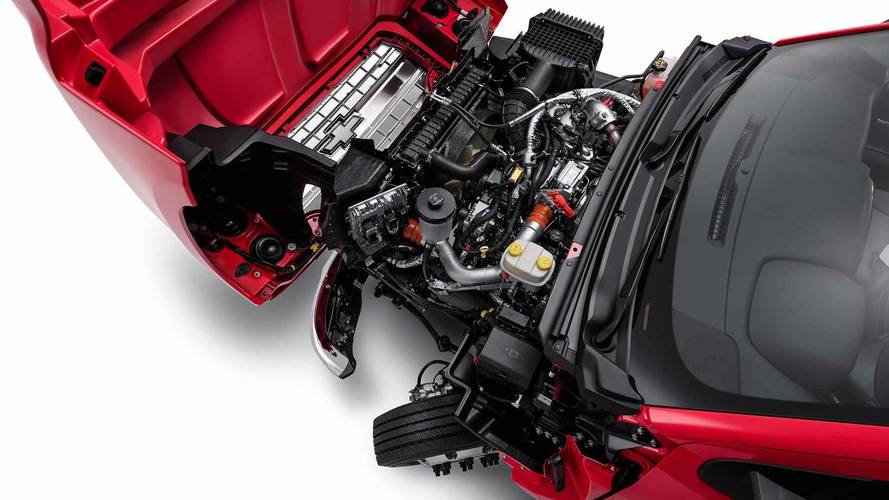 The engine would go into a heavy-duty truck for commercial buyers.

There's no replacement for displacement, and General Motor's future Class 7 commercial truck might be available with a giant V8 displacing over eight liters, according to unnamed insiders speaking to GM Authority. Multiple sources tell them that the 6.6-liter V8 in the new Silverado HD is only the biggest gas-fueled powerplant in the automaker's portfolio "for the time being." The massive mill would allegedly come from a partnership between GM and Navistar – like the General's current range of medium-duty trucks.

More brawny trucks for getting the job done:

GM doesn't currently sell a Class 7 truck, and the company's largest pickup at the moment for commercial buyers is the Silverado 6500HD. Class 7 models are the tipping point where a person must have a commercial driver's license (CDL) to operate them legally in the United States.

For the 2019 model year, Chevy introduced upgraded examples of the 4500HD, 5500HD, and 6500HD medium-duty trucks (gallery above) that now featured the Camaro-inspired flowtie emblem in the grille. Tweaks to the front-end design improve downward visibility, which is helpful for giving the driver better awareness while maneuvering in tight spaces in the big rig. The models also have a tighter turning circle from fifty-degree wheel cuts. The cabin features useful amenities like wireless device charging, Bluetooth, Apple CarPlay, and Android Auto.

The 4500HD, 5500HD, and 6500HD pickups come exclusively with a 6.6-liter Duramax diesel V8 that produces 350 horsepower (261 kilowatts) and 700 pound-feet (949 Newton-meters) of torque. With at least an extra 1.4-liters of displacement, the rumored 8.0-liter mill gas-fueled mill should be even more powerful for hauling even heavier loads to the job site.