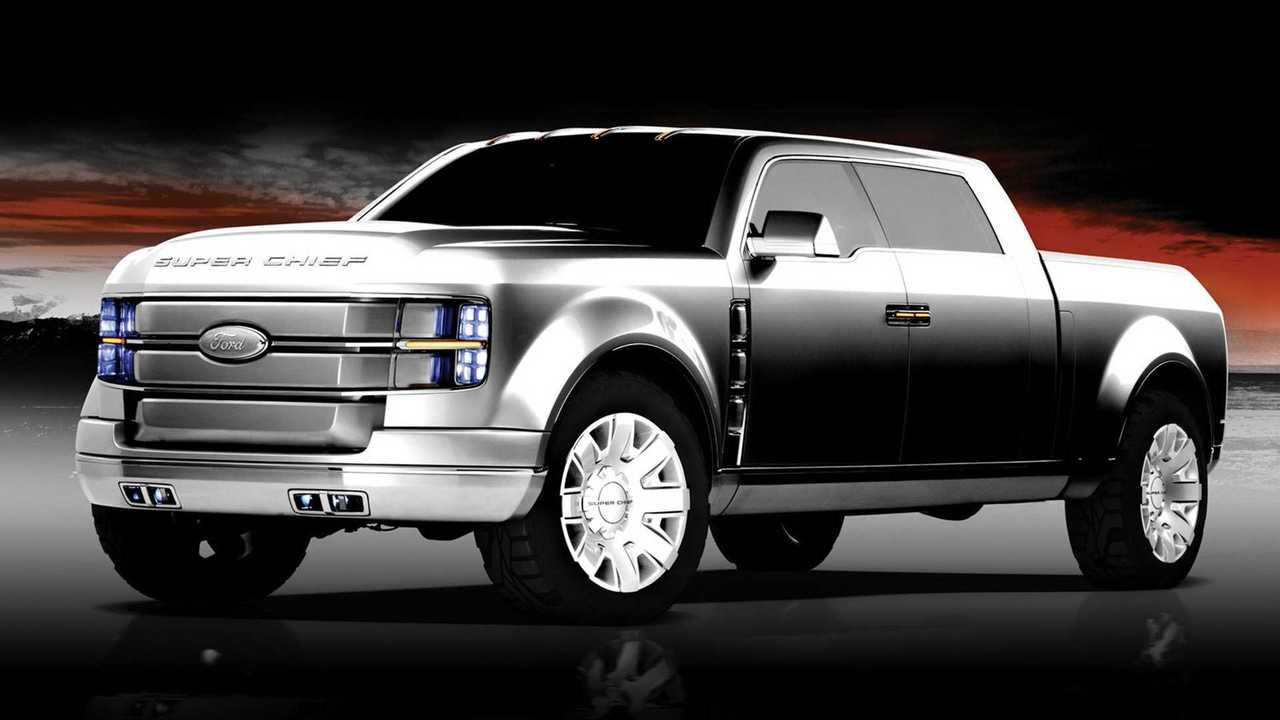 Undoubtedly bold-looking and powered by an intricate V10 engine, the Super Chief was Ford’s way of blending the versatility of a truck with the upscale interior of a luxury car.

Gone are the days when trucks were nothing more than rugged workhorses with simple designs and spartan interiors. Nowadays, it’s all about cramming as much tech as possible into a pickup truck while attempting to make it as luxurious as a premium sedan. Ford had a similar thought some 13 years ago with the F-250 Super Chief – a concept that tried to be everything for everyone.

As flashy as trucks can get, the vehicle sat on 24-inch alloys housed in prominent wheel arches accentuating the sheer size of the behemoth. With suicide rear doors and a glass roof featuring an American walnut-coffered panel wrapped in leather, this was no ordinary F-250. A pair of ottomans served as the rear seats and the passengers had ample legroom with enough space for even a footrest after the engineers relocated two feet (60 centimeters) of bed space for the cabin.

Then there was the intricate supercharged V10 engine, which prompted Ford to label the F-250 Super Chief as being the very first vehicle to run on three different types of fuel: gasoline, E85 ethanol, and hydrogen. With the latter, the fullsize truck was able to cover 500 miles (804 kilometers) between fill-ups and helped the powertrain drastically reduce emissions by 99 percent compared to a similar engine fueled exclusively by gasoline.

Even though it never saw the light of production day, the idea behind the concept lives on in today’s F-Series Super Duty Limited lineup.