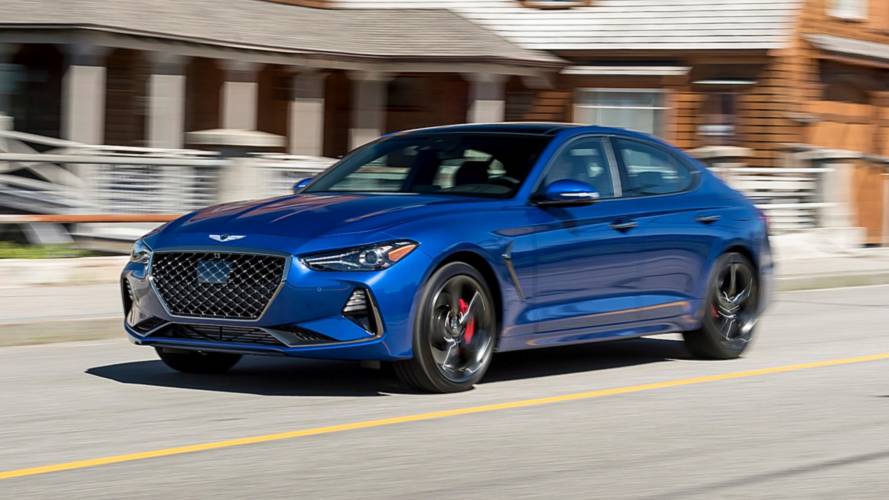 The Hyundai Kona won the utility category, and the Ram 1500 took the truck class.

The folks at the Hyundai are having a very good morning after taking two victories in the North American Car, Truck, and Utility of the Year awards. The Genesis G70 is the 2019 North American Car of the year. The sedan that mixes sport and luxury beat the Honda Insight and combined Volvo V60 and S60 to win this year's award.

Beating out two much more expensive challengers the Hyundai Kona, including its EV version, wins North American Utility of the Year. It beat the Acura RDX and Jaguar I-Pace.

See how NACTOY narrowed down the winners this year:

Finally, the Truck of the Year honor goes to the Ram 1500. It beat a pair of new trucks from General Motors – the Chevrolet Silverado 1500 and GMC Sierra 1500.

Due to a tie, there were 14 semifinalists for the awards this year, rather than the usual 12. Under the jury's rules, when two vehicles receive the same number of votes, both models make it onto the list.

Last year, the Honda Accord took the Car of the Year Award to beat the Kia Stinger and Toyota Camry. The Lincoln Navigator won the truck class to best the Ford Expedition and  Chevrolet Colorado ZR2. The Volvo XC60 took victory in the utility gallery to put the Honda Odyssey and Alfa Romeo Stelvio in its rearview mirror.

Fifty-four judges vote on the winners in each category. Rather than being from a single source, the jurors come from a variety of publications, websites, and other media from the United States and Canada.