It can climb rocks, ford rivers, and serve caviar in a single bound.

We love custom-build recreational vehicles, especially ones with the capability to go pretty much everywhere. We’ve seen all kinds of cool RVs over the last year or so, including a few based on the epic Mercedes-Benz Unimog. We start our 2019 RV adventure with another bonkers Benz, only this time the platform is the meaty Zetros off-roader. It’s built by an Austria-based company called Action Mobil, and it’s called the Pure 5000 Zetros. In this case, we’ll assume Pure stands for purely awesome.

Time For A Vacation: 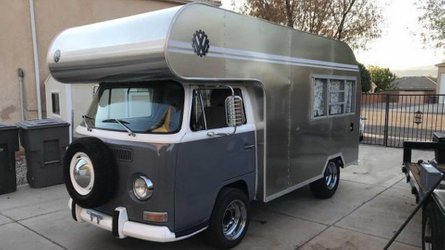 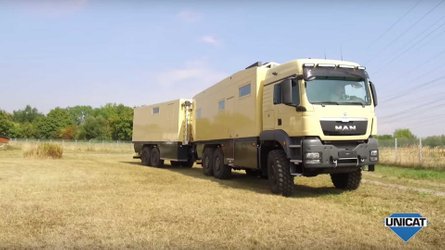 It all starts with the Mercedes-Benz Zetros 1833 chassis, which is imposing by itself. The full-time four-wheel-drive system and cavernous ground clearance offer exceptional off-road capability, and we’re literally talking off-road as in no trails required. There’s a 326-horsepower (243-kilowatt) diesel engine under the hood that offers 959 pound-feet (1,300 Newton-meters) of torque for crawling over just about anything.

With driving dynamics well in-hand. Action Mobil upfits the Zetros with posh living quarters featuring pass-through capability to the cab. It’s fully equipped with a small kitchen that includes a stove, sink, and dishwasher. There’s a toilet at the front, with sitting, dining, and sleeping areas in the rear, not to mention all kinds of clever storage areas throughout the cabin. It carries 121.5 gallons (460 liters) of fresh water, and can also hold 37 gallons (140 liters) of wastewater. Naturally it’s equipped with both heat and air conditioning, and the Pure 5000 Zetros can also generate 1,110 watts of solar power. 158.6 gallons (600 liters) of diesel fuel help give this RV a very long range between refueling stops. 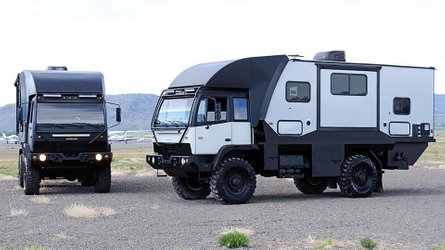 Predator 6.6 Is A Military Vehicle Disguised As An Off-Road RV 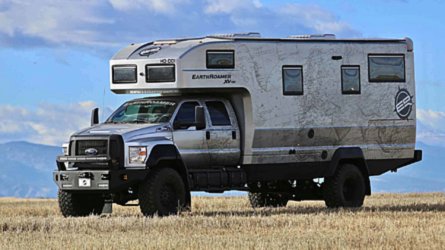 If you’re wondering how much it costs to have an RV that can crawl over rocks and then serve fine wine in the middle of nowhere, that’s a good question. Action Mobil builds its custom RVs to order, so there isn’t a specific price point to start from. It should also be noted that Action Mobil builds all kinds of crazy RVs, including some with eight wheels, so the simple answer to how much it costs is a lot. For the ultimate get-away-from-civilization vehicle, however, we suspect it could be worth every penny.