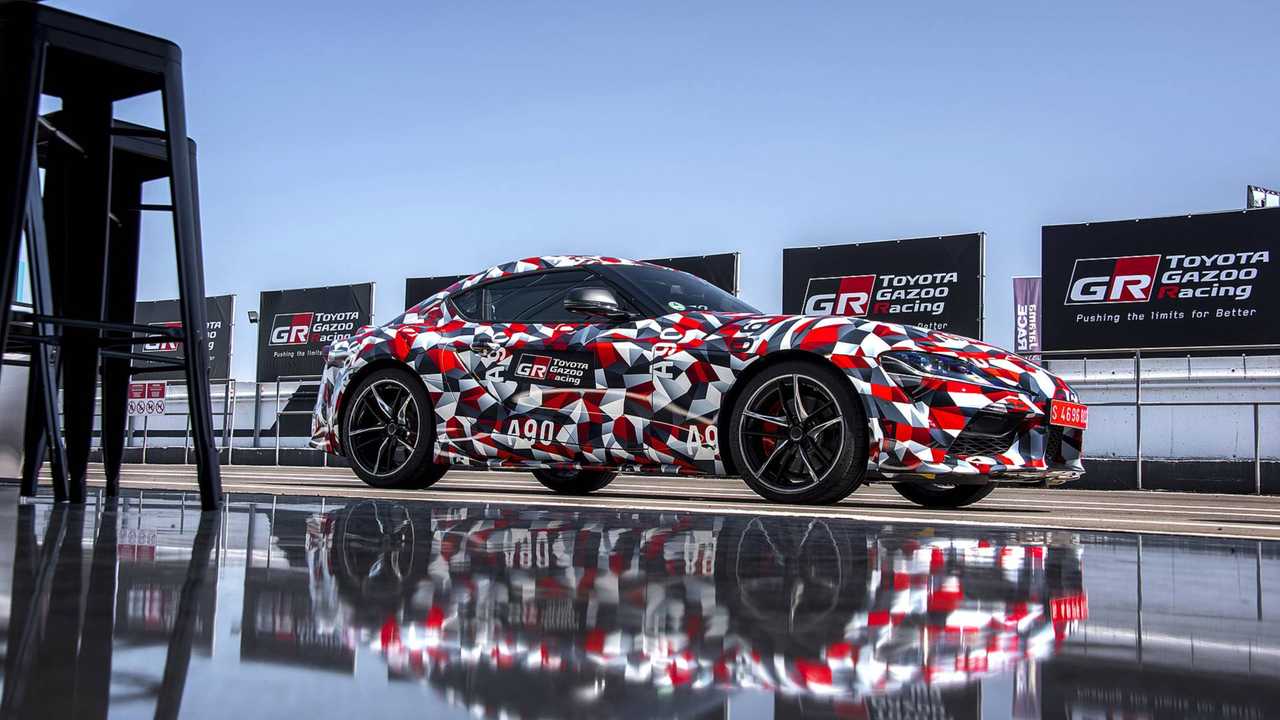 If you live in Germany, you can now pre-order the sports car.

Toyota is putting the finishing touches of the revived Supra, and this is apparently happening without input from BMW, and we will finally see the production version of the sports car in January next year during the 2019 NAIAS in Detroit. Toyota of Germany has confirmed through its official Facebook channel that a grand premiere is scheduled for the Detroit Auto Show and that German customers can already pre-order the model through a dedicated site section.

While the Supra shares its platform with the BMW Z4, the two cars should have just a few things in common, including the wheelbase and width, as well as the location of the fuel tank and the A-pillar. Other than that, the Japanese sports car and the already revealed German roadster should be pretty different. After all, the Z4 has a fabric top, whereas the Supra is a traditional coupe with a fixed metal roof.

Essentially an evolution of the FT-1 concept from 2014, the new Supra will sit lower to the ground than the slightly smaller 86 sports car and will have "a specific ratio of wheelbase and track in mind.” Even without the use of carbon fiber, the engineers of the automaker have managed to give the coupe the same level of rigidity as the Lexus LFA supercar.

Just like its German cousin, the Supra will be offered with four- and six-cylinder turbocharged engines sourced from BMW, which will be mated to ZF automatic gearbox. With a perfect 50:50 weight distribution and a curb weight of just 3,298 pounds (1,496 kilograms), the machine should be quite capable on track and in curvy roads.

With this new announcement from Toyota’s German division, we finally have an official debut date. Stay tuned for more details as we expect to hear more from the manufacturer in the coming weeks.