Could the R420 project still be alive?

An intriguing video from the Nürburgring shows Volkswagen pulling an old prototype for the Golf R420 out of the garage for some laps around the Nordschleife. We haven't seen VW testing the high-performance model for over a year, so why did the company decide to bring it out again? Our hope is that this could suggest that the German brand is considering building a few of them as a farewell to the current generation Golf before the new one arrives. 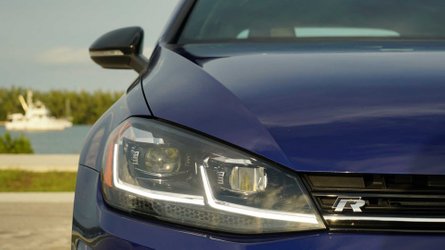 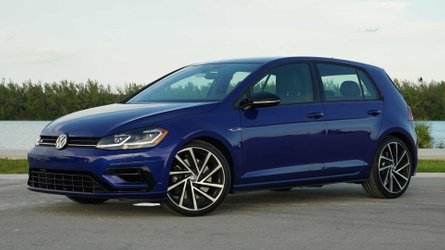 The R420 was supposed to be the road-going interpretation of the Golf R400 concept. A version of the 2.5-liter inline-five cylinder engine from models like the Audi RS3 would have produced 414 horsepower (309 kilowatts or 420 metric horsepower as the model name references). An all-wheel-drive system would have made the most of channeling this power to the road. Given the speed of the shifts in this video, it seems a dual-clutch gearbox would be available.

Unfortunately, the R420 was allegedly a victim of the cost-cutting in the wake of the Dieselgate scandal. The company reportedly deemed the range-topping Golf a low priority and axed the project.

The car in this video has the same license plate number as a test mule from spy shots in September 2017. Continuing to evaluate these prototypes hints that the R420 project might not be dead. If VW has engineers continuing to run them around the 'Ring, then there appears still to be some passion behind the project among folks at the automaker.

VW would need to hurry if it plans on putting the R420 on sale, though. The next-gen Golf is already under development and production begins in June 2019 with sales starting in the fourth quarter of that year. If it's any consolation, rumors suggest that the next Golf R would pack 400 hp (298 kW) possibly from a mild hybrid 2.0-liter turbocharged four-cylinder. The hot hatch could arrive as soon as 2020.