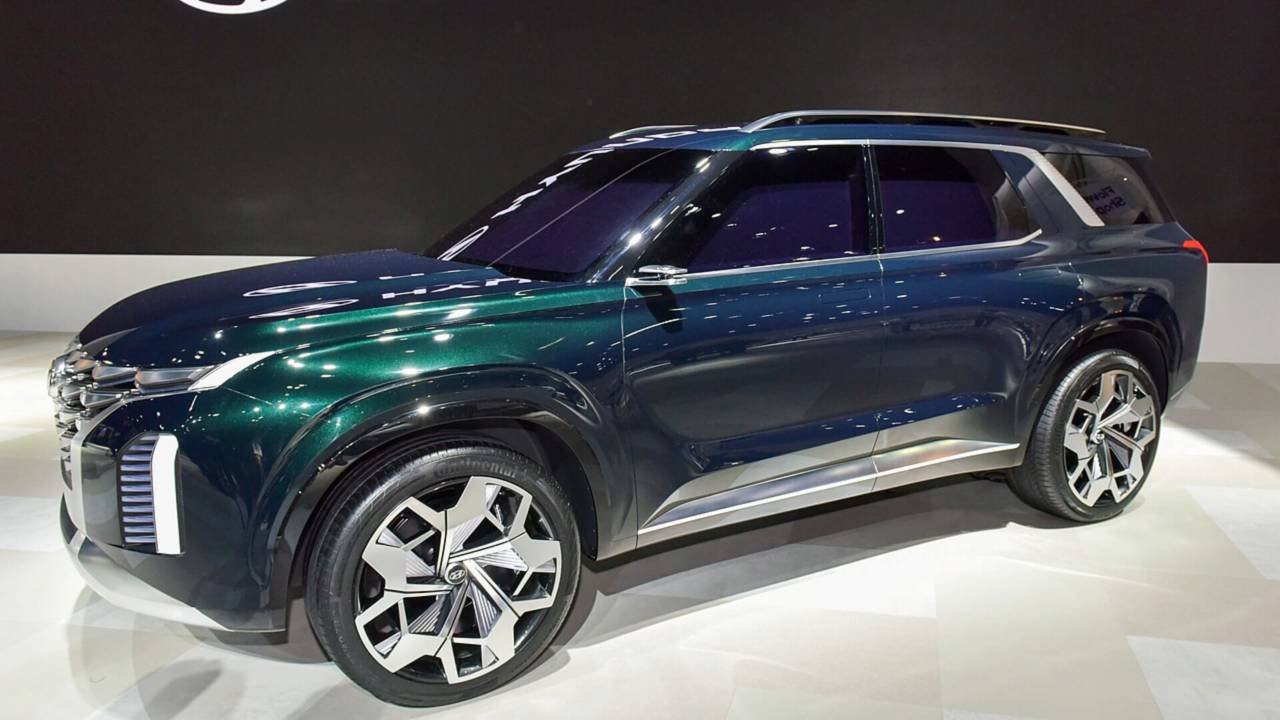 This model would be even bigger than the upcoming Palisade.

Hyundai allegedly plans to build a big, rugged SUV that would go toe-to-toe with the venerable Toyota Land Cruiser. This model would sit above even the upcoming eight-passenger Palisade.

This model is still several years away, so there aren't many details about the machine yet. Hyundai would tailor the rig to appeal to markets where these large utility vehicles sell well like Australia, the Middle East, and presumably the United States. According to Australian website Car Sales, the big SUV would measure over 197 inches (5 meters) long, which would make it longer than the 195-inch (4.95-meter) Land Cruiser. It's not yet clear whether the underpinnings would come from a stretched version of the Palisade's monocoque or from a body-on-frame setup.

After The Palisade, Is An Even Larger SUV Necessary?:

Powertrain choices are also a mystery. Given the model's size, Hyundai would need to pick a fairly potent powerplant to haul it around. Possible choices are the 365-hp, 3.3-liter twin-turbo V6 from the Kia Stinger or 5.0-liter V8 from the Genesis G90. A diesel option might be available in some markets, according to Car Sales.

Depending on where Hyundai wants this SUV to excel, it might want to pick other benchmarks because the Land Cruiser suffers from very low demand in the U.S. From January to July 2018, Toyota has delivered just 1,712 units of the SUV in the United States, which was down from 1,725 of them in the same period last year. Comparatively, the company has moved 135,413 examples of the three-row Highlander in that amount of time.

The smaller but still beefy Palisade will arrive in the United States for the 2020 model year. It features a chiseled, muscular appearance that makes the exterior look tough. It's a far more upright look than on the Grandmaster concept (pictured above). Split headlights put a skinny strip near the hood and a larger lamp underneath. Power would reportedly come from a 3.3-liter V6 with 290 hp or the twin-turbo version with 365 hp.