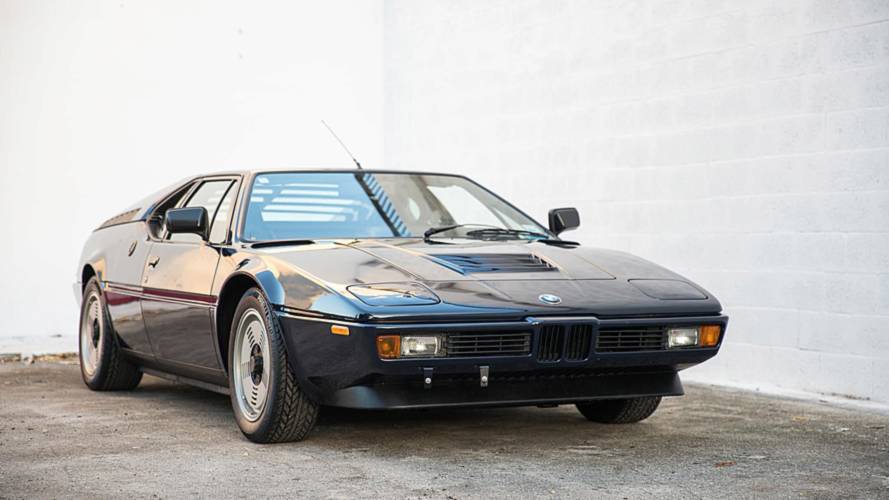 This supercar has spent time all over the world. Its new home could be your garage.

It's odd to think of a $649,000 vehicle being inexpensive, but by the recent standards of BMW M1s for sale, the cost of this gorgeous, dark blue example that's currently available in Miami.

According to the dealer selling the supercar, this one has quite a story to go with it. BMW allegedly invited a former journalist to buy the car, which was one of the last produced. He took delivery in Germany, and then took the supercar with him over the course of 36 years to in South Africa, New Zealand, Mexico, Arizona, and Miami. In that time, the M1 covered just 8,078 miles (13,000 kilometers).

Get A Better Understanding Of The BMW M1:

BMW only built 453 units of the M1 from 1978 to 1981. According to the seller, the car was one of 58 road cars in this dark blue shade. It still comes with the original Pirelli P7 tires, too. Inside, this M1 features a mix of black cloth upholstery on the seats with black leather bolsters and lots more cowhide adorns the cabin. The only modification from stock is a 1980s Blaupunkt stereo, including an awesome equalizer at the bottom of the center stack.

Like all road-going examples the M1, this one features a mid-mounted 3.5-liter inline six that connects to a five-speed manual gearbox. The engine produces 274 horsepower (204 kilowatts) and 243 pound-feet (330 Newton-meters) of torque.

The M1 was originally supposed to result from a cooperation between Lamborghini and BMW. However, financial issues caused the Italians to step away from the project. BMW kept going, and the first-ever M model was the result.