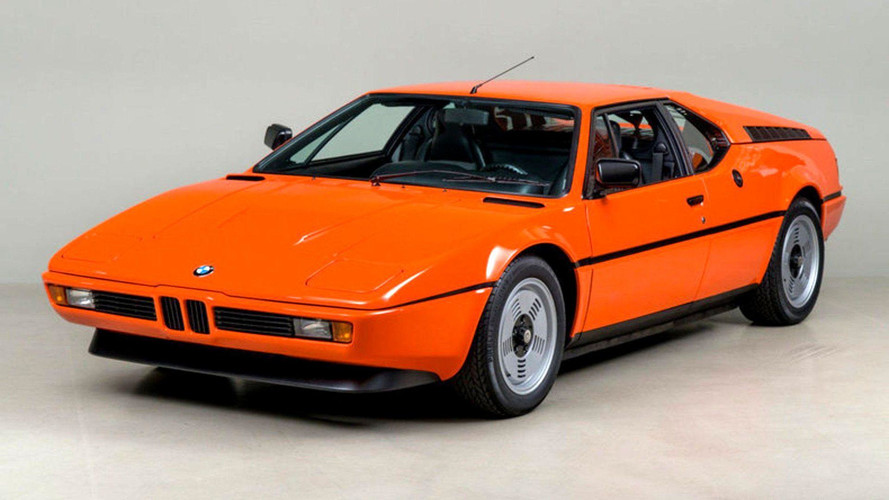 It’s no secret that the BMW M1 is a desirable vehicle amongst collectors. Just 399 of them were built for the road from 1978 to 1981 (another 54 were built for competition), each one with a design penned by Giorgetto Giugiaro, and a 273-horsepower (204-kilowatt) six-cylinder engine. But how much would you be willing to pay to have one in your own garage?

This particular example is up for sale on JamesEdition by way of Canepa for a whopping $745,000. It’s driven just 8,441 miles (13,584 kilometers) since new, and has been lovingly preserved in a storage compartment by a savvy BMW collector since 1996. It’s had just three owners in its lifetime, and has covered just 800 miles (1,287 kilometers) since 2012.

The exterior wears its original Inka Orange paint scheme, one of just 98 cars to come with that finish from the factory. The original wheels, rear louvers, and exterior plastic cladding also remains. The interior features a handsome black vinyl on the dash, steering wheel, and center console, with two-tone black vinyl and cloth grey seats to match.

Under the hood, the original 3.5-liter six-cylinder engine remains in tact producing the aforementioned 273 horsepower (203 kilowatts) and 239 pound-feet (324 Newton-meters) of torque, allowing for a top speed of 162 miles per hour (260 kilometers per hour). The engine comes paired to a manual gearbox.

If this particular M1 sounds a bit too rich for your taste, similarly spec’d examples can be found on the used market for a bit cheaper. One example in particular has driven just over 21,000 miles (33,796 kilometers), and can be snagged for under $500,000 on Hemmings. Whichever beautiful Bimmer you do decide, prices for this classic are bound to skyrocket.