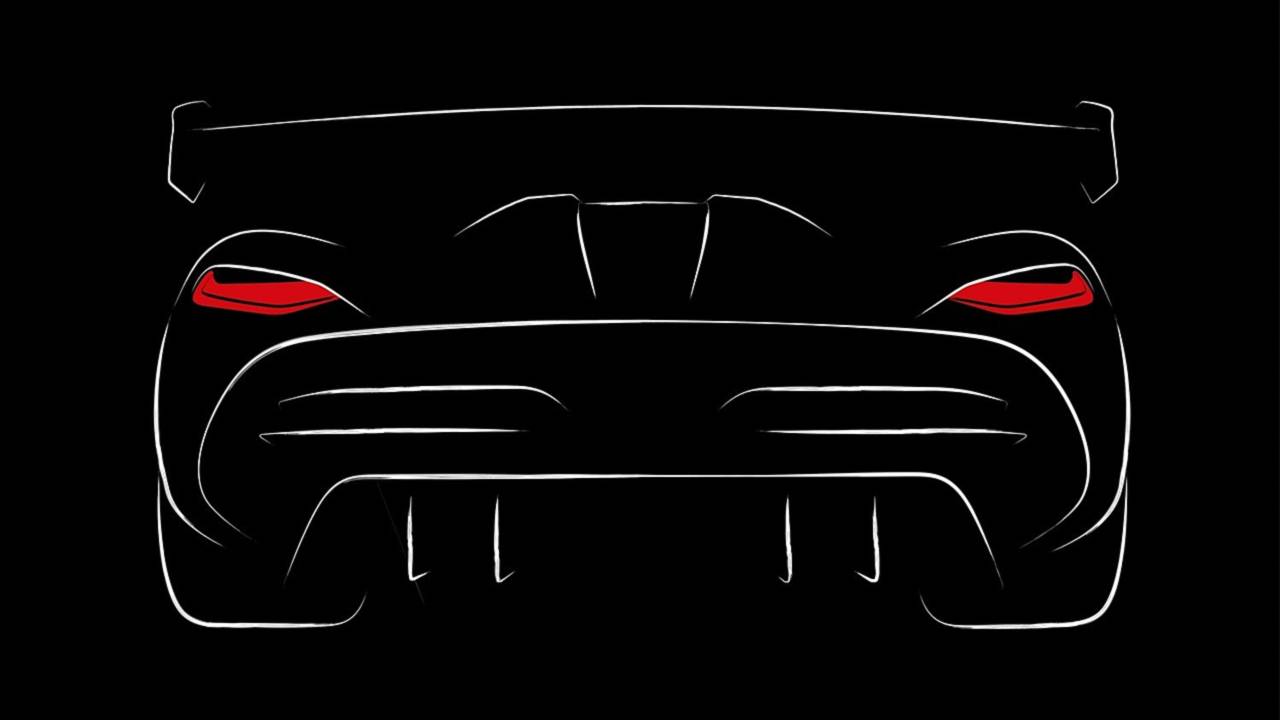 How can you improve the world's fastest car? By adding even more power while slashing weight.

Tucked away in an otherwise pretty standard press release about the opening of a new dealership is this design sketch giving us a first official look (sort of) at the new hypercar Koenigsegg is preparing. Set to debut in full at the 2019 Geneva Motor Show, the yet unnamed machine will serve as a direct replacement for the Agera RS a.k.a. world’s fastest production car and the holder of four other records.

At the inauguration event of Koenigsegg’s first factory-authorized dealer offering full service and aftersales support in Australia, attendees were given the privilege to check out an immaculate black CCR and a flashy orange CCX, but that wasn’t all. For the first time, the company previewed its Agera RS successor by showing a sketch of the beast, which can already be ordered. Those deep-pocketed folks also got to enjoy a virtual reality presentation of the car identical to the one set up by Koenigsegg for VIPs a few months ago at the Geneva Motor Show.

Needless to say, with March 2019 being so far away, that’s all Koenigsegg is ready to show for the time being, but expect more teasers to arrive in the months to build up suspense until the hypercar’s official unveiling in Switzerland. People have high expectations from the new model considering it has to be better than the Agera RS, which is no easy feat.

While the Regera is more of a road-oriented machine, the Agera versions and the One:1 were built primarily for the track. The new Koenigsegg will also be closer to a race car and Koenigsegg has made the promise it’ll be “more capable” than the Agera RS. At the heart of the model will be an evolution of the biturbo 5.0-liter V8 engine without using hybrid boost as a way to separate it from the electrified Regera.

In an interview a while back with Top Gear magazine, founder and boss Christian von Koenigsegg hinted the engine will go through some changes to gain 20-30 horsepower, lose 20 kilograms (44 pounds), and have a redline of 8,800 rpm. Rather than getting the Regera’s Direct Drive transmission, the Agera RS replacement will stick to a regular paddle-shift gearbox.

While the adjacent teaser image only shows the derrière with a massive wing nearly as wide as the car, we also know from the company’s head honcho the hypercar will feature a targa roof and the signature doors.

Could the new hypercar become the first production model to hit 300 mph on a public road? It could very well happen taking into account its predecessor reached 284.55 mph (457.94 kph) and Koenigsegg even said it could theoretically break the 300-mph barrier under certain conditions.