Peugeot 1008 Render Imagines A Tiny Crossover With A Lion Badge

Just because we need more crossovers.

SUVs and crossovers keep dominating the world’s automotive tastes, and there’s no sign of slowing down as their hegemony continues. Stronger than even before, these high-riding vehicles are forcing automakers to abandon traditional sedan, wagon, and hatchback vehicles in their favor. Even more, some manufacturers are trying to invent new segments and sub-segments, where they can sell more new models. 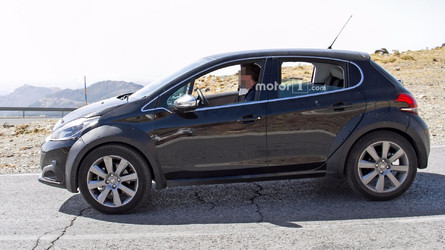 So, imagine you are Peugeot and you badly want to offer customers more of your products. You have the 5008 seven-seat family SUV, the smaller 3008, and the entry-level 2008 crossover. But apparently that’s enough and you want to attract even the clients looking for a tiny city vehicle. And here’s what your designers think such a car should look like.

The attached rendering previews a potential sub-2008 crossover by the French manufacturer, tentatively called the 1008. We don’t have a confirmation the company is working on such a high-riding vehicle, but spy photos from last summer suggested a tiny crossover could be indeed in the cards.

In 2010, Peugeot presented its HR1 concept (pictured above), which could serve as a foundation for the future entry-level crossover. A production vehicle could be based on PSA’s EMP1 platform, developed in cooperation between Peugeot, Citroen, and Dongfeng engineers. The architecture will underpin at least 20 upcoming models from the French conglomerate.

A pint-sized crossover would definitely make a successful business case if the development costs are not extremely high. PSA now also owns Opel and Vauxhall, which means the door to the German and Great Britain markets is widely open. If Peugeot launches the 1008 (or whatever name it gives the tiny crossover), PSA can easily swap the badges and successfully sell it in most of the European markets, as well as China through its Citroen and DS brands.

Will it happen in real life? Only time will tell.