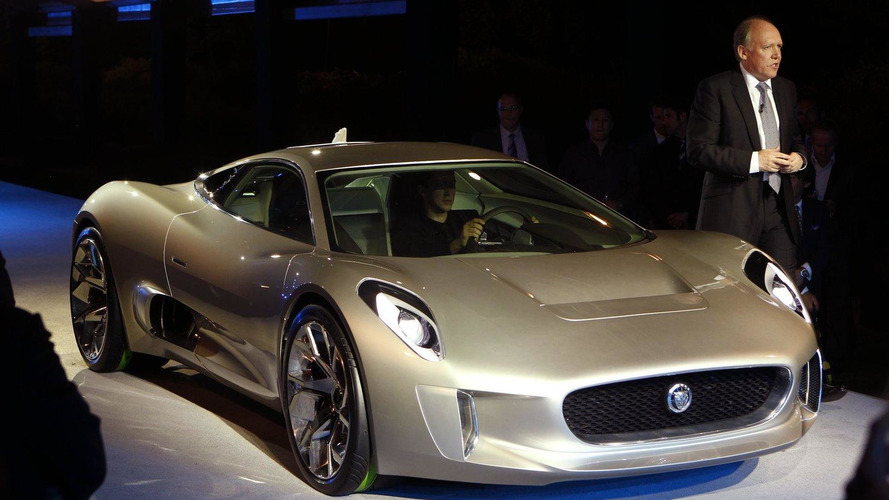 The very cool Jaguar C-X75 supercar concept is crazy quick, sprinting to 100 km/h in 3.4 seconds thanks to four powerful electric motors. But this is no EV. Find out more inside.

Jaguar have lifted the lid on the new Jaguar C-X75 supercar.  The concept could become Jaguar's first mega performance vehicle since the 1994 cancellation of the XJ220.

When Jaguar introduces the supercar tomorrow, they will drop a bombshell.  The car will race to 300 km/h (186 mph) in 15.7 seconds, over a second faster than the Bugatti Veyron.

Do not fool yourself into believing this is an all-electric model.  The car uses two small turbine engines capable of running on compressed natural gas, diesel, biofuel and LPG.  The turbines make the car an extended range hybrid, and provide the car with the capability to travel further than its 68-mile battery-only distance.

Much further, as it turns out, the car can travel an impressive 560 miles (900 km) without stopping.  This is thanks to lithium-ion batteries, and turbines which allegedly spin up to 80,000 rpm.  These UK-sourced turbines have never been used on a car before, according to the automaker.

We expect to find out more about the 4.6-meter long, 1350-kilogram Jaguar C-X75 concept when it debuts in Paris in a few short hours.