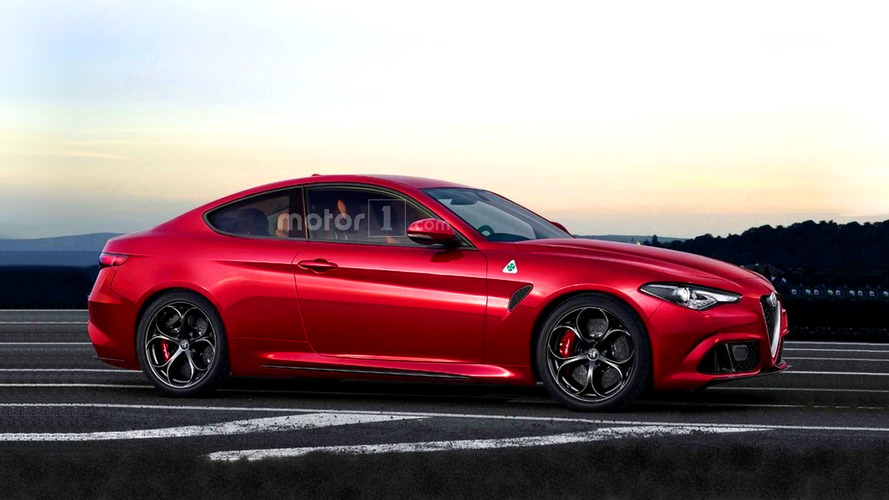 Packing LaFerrari-derived hybrid tech, the new model could be out by year's end and is said to be called Sprint or GTV.

Rumors of a two-door Giulia have been swirling around the World Wide Web for quite some time and it looks like a coupe-ified version is indeed in the making if we were to rely on a new report coming from Autocar. Despite the fact that not even a single spy shot is available at the moment of writing, sources close to Alfa Romeo have allegedly spilled the beans about the model’s official release: late this year before going on sale in 2019.

Believed to carry the “Sprint” or “GTV” badge, the Giulia Coupe is expected to be an amped-up version of the Giulia Quadrifoglio sedan from where it will inherit some of the body panels at the front half, but with a different nose to separate it from its four-door sibling. Needless to say, a more sloped roofline suitable for a coupe is in the works, along with longer doors and a reworked derrière. Speaking of which, the back of the car will have a regular trunk like the BMW 4 Series, Mercedes C-Class, and Audi A5 coupes, but rumor has it a more practical liftback with five doors could be on the agenda to go after the 4 Series Gran Coupe and the A5 Sportback.

While the lesser versions of the coupe will borrow the gasoline and diesel engines from the Giulia – all the way up to the Quadrifoglio’s 505-hp V6 – the crown jewel of the range is said to pack as much as 641 hp. The familiar 2.9-liter biturbo V6 powering Alfa’s two Giulia and Stelvio Quadrifoglio models is rumored to form a hybrid powertrain with F1-derived tech in the form of an energy recovery system (ERS). The latter might be an adaptation of the LaFerrari’s HY-KERS setup prioritizing outright performance rather than fuel economy and lower CO2 emissions.

The report goes on to specify Alfa Romeo is also evaluating another hybrid powertrain, based around the 276-hp 2.0-liter gasoline engine inside the Euro-spec Giulia Veloce, but with electric boost granting a combined output of approximately 345 hp.

It’s too soon to talk about pricing, but surely the 641-hp version would be considerably more expensive than the Giulia Quadrifoglio sedan available in the United States from $73,700.