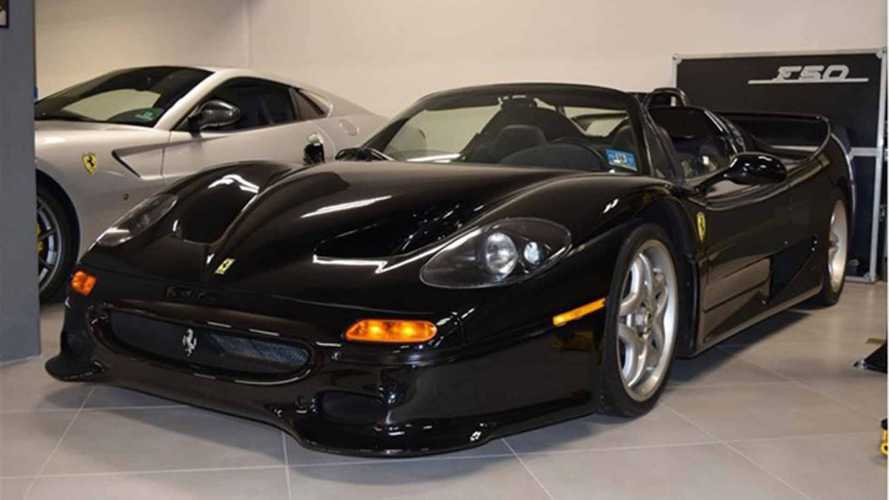 Ferrari only originally imported 55 examples of the F50 into the United States, and only two of them were in Nero Daytona black.

The Ferrari F50 has an off spot in the Prancing Horse's history. Much of the attention among collectors goes to the earlier F40 or later Enzo, but the F50 seems to fall between the cracks. There's now a chance to buy one of these rare, semi-forgotten Ferraris in gorgeous Nero Daytona black. The seller wants $5 million for the special model.

More About The Ferrari F50:

Of the 349-unit production run, Ferrari only exported 55 of them to the United States. Of those, only two were Nero Daytona, making this one quite a rarity. This example only shows 4,801 miles on the odometer, and the seller reports regular service from Ferrari.

The photos highlight Ferrari's extensive use of carbon fiber for the F50. Both the monocoque and body panels use the lightweight material. The black body and matching cabin might be a little too dark for some people's preferences, but it would look amazing at night under some city lights.

The F50 is among the special models that Ferrari makes to celebrate milestones of staying in business. It started with the F40 to commemorate 40 years of building cars, then continued with the F50, Enzo, and LaFerrari.