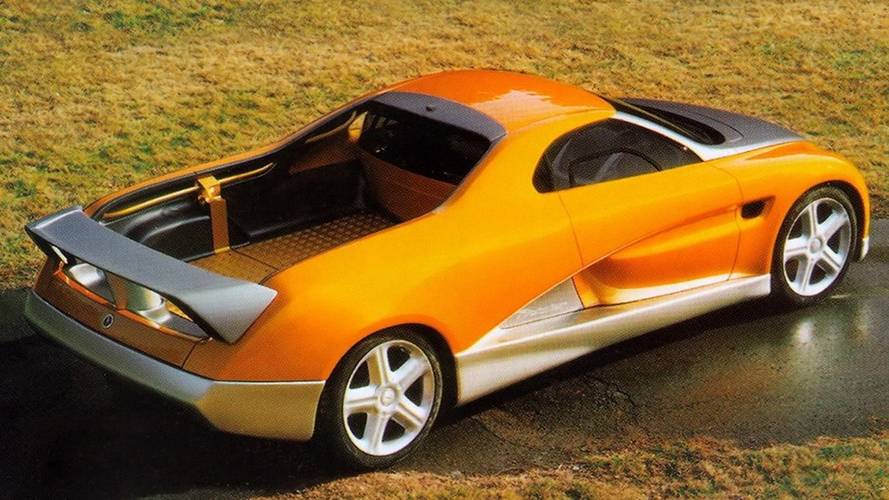 BMW pickups are few and far between, so the Pickster deserves its 15 minutes of fame in our weekly Concept We Forgot series.

In 2016, BMW decided to celebrate the M3’s 30th anniversary by talking about a couple of interesting one-offs created by the M division over the years. One of them was the E30 M3 Pickup from 1986 while the other came out in 2011 as the E92 M3 Pickup. You can see both of them in the gallery below (along with the E36 M3 Compact and the E46 M3 Touring.)

Few people know that there was a third pickup truck with BMW underpinnings to see the light of day, purely as a concept. Two decades ago for the Geneva Motor Show, Bertone borrowed a 528 and installed the engine from an M3 to create the rather unusual Pickster. Featuring extremely thin headlights, side mirrors mounted up high, and gargantuan 21-inch wheels wrapped in Michelin tires, this wasn’t an ordinary BMW showcar.

It goes without saying the party piece of the Pickster was its fairly spacious bed, though you can imagine the sporty pickup wasn’t developed to actually carry cargo. Speaking of development, Bertone needed only three months to complete the project, thanks to ready-made hardware sourced from BMW. Although the concept appears to be missing the BMW logo, the kidney grille is there. Pop the hood and the engine cover will reveal the pickup truck’s origins.

The interior cabin was just as bizarre as the exterior, with five-piece seats clad in blue leather and equipped with fixed cushions and adjustable seatbacks. The instrument cluster was all-digital and in front of it sat a Magneti Marelli navigation system, which was quite cool in 1998.

BMW has repeatedly said it won’t do a production pickup, but we’re sure the company is keeping a close eye on the Mercedes X-Class.

Attached below is a video with the quirky concept shot back in 2012 during the Qatar Motor Show.