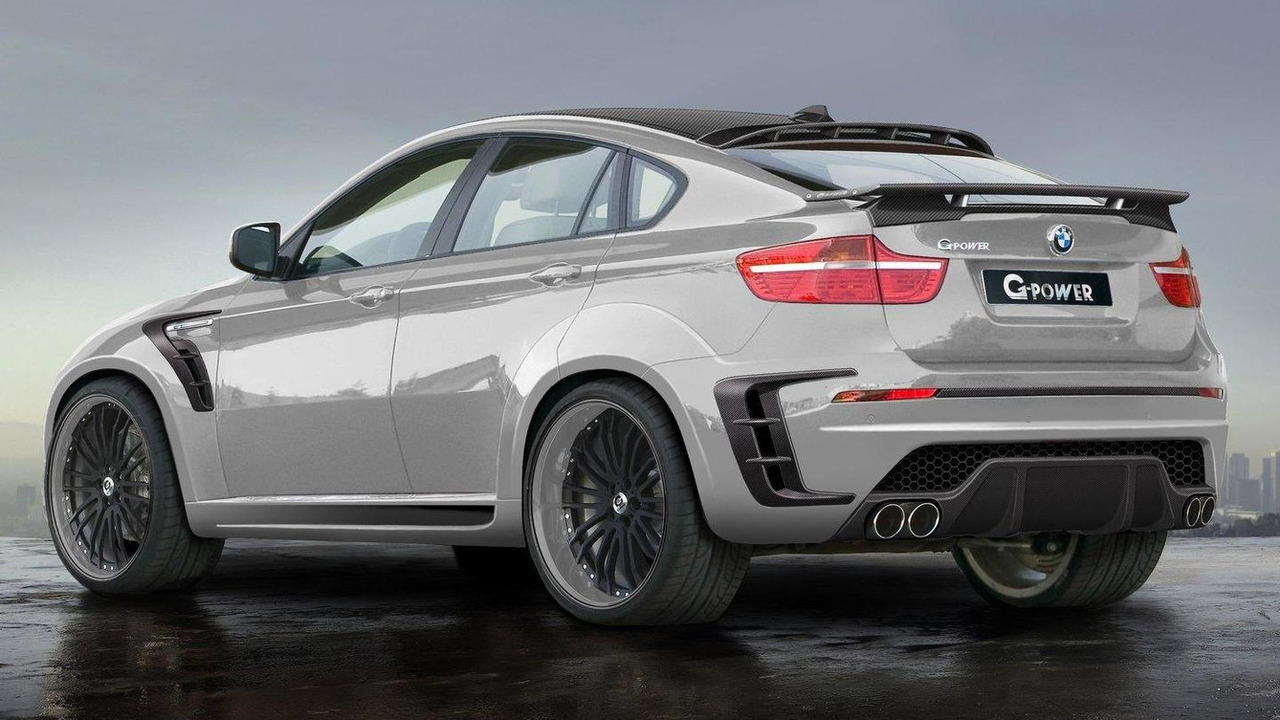 G-Power has unveiled the fastest SUV in the world - the Typhoon RS Ultimate V10. Full details inside.

G-Power has unveiled the fastest SUV in the world - the Typhoon RS Ultimate V10.

Based on the BMW X6 M, the RS is G-Power's tribute to the outgoing BMW M V10 engine. It was designed for "solvent fans of the famous power unit which unfortunately will no longer be available in the foreseeable future."

As you've probably guessed, the twin-turbo 4.4-liter V8, which produces 555hp (408kW) and 500 lb-ft (678Nm), is replaced by a 5.0-liter V10 from the current M5 / M6. Instead of simply dropping in a new engine, G-Power increased the displacement to 5.5-liters and added MAHLE forged pistons, a 7-bearing crank shaft, stronger connecting rods, and beefier piston pins. They also installed two ASA T1-316 superchargers, an intercooler, and a revised ECU. Thanks to these modifications, the engine produces 900 PS (662 kW / 888 hp) and 870 Nm (642 lb-ft) of torque. With a G-Power six-speed manual sending power to the rear wheels (the six-speed automatic and xDrive all-wheel have been dropped), the crossover accelerates from 0-100 km/h in 4.2 seconds and has a top speed in excess of 330 km/h (205 mph).