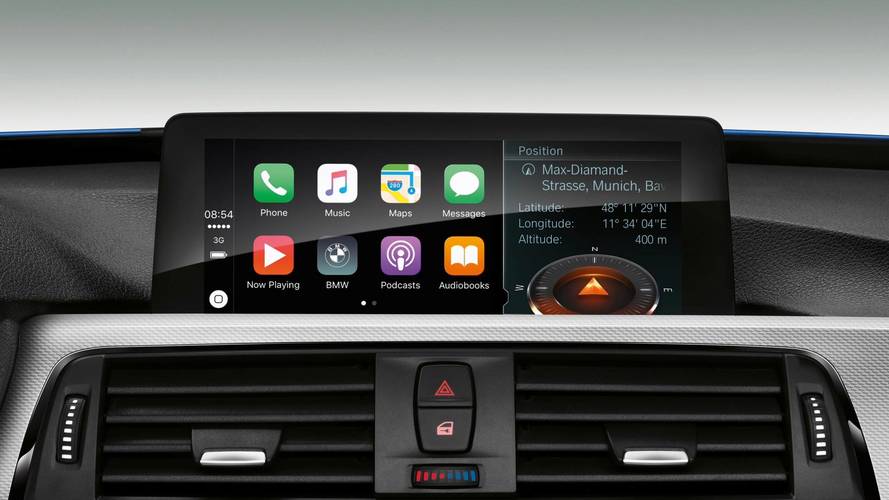 Paying again and again for technologies you already own.

Owning a BMW and wanting Apple CarPlay could become a bit more expensive next year. The German automaker will soon be charging owners $80 a year to access CarPlay in its vehicles with the first year free. Right now, access to CarPlay is a $300 option on 2017 BMWs equipped with in-car navigation.

“This allows the customer to switch devices,” Don Smith, technology product manager for BMW North America, told The Verge during the 2018 Detroit Auto Show. “A lot of people buy [CarPlay] and think it’s okay, but sometimes they stop using it or switch to Android.”

Currently, BMW does not offer Android Auto; however, Google Assistant and Amazon Alexa integration will come later this year. Smith added a person with a three- or four-year lease would end up paying less than the $300 option would have cost.

BMW’s decision to turn access to CarPlay into a subscription-based model goes against the current trend of automakers that include smartphone integration or treat the technology as a one-time option. Many automakers often offer both Android Auto and Apple CarPlay packaged together, with the technology appearing across cars of all price ranges. For example, a modestly equipped Ford Fiesta with Ford’s Sync 3 infotainment system offers both. The car starts around $16,000.

Ford isn’t alone in offering Apple and Android integration. General Motors and other mainstream, non-luxury automakers provide both without the need to turn access into a subscription service as both CarPlay and Auto operate off a person’s phones.

While Apple CarPlay and Android are free to use, Apple does require automakers to pay a one-time fee to enter Apple’s Made for iPhone program, which is the same for any other accessory maker licensed by Apple, according to CNET Road Show. However, there are currently no additional fees, per-car or otherwise, for automakers if they wish to offer Apple CarPlay.

Subscription-based services are increasing in the marketplace – Spotify, Netflix, and Book by Cadillac are just a few that require a recurring fee for access to music, movies, and luxury cars without actually owning anything.

However, what BMW is doing is putting a service behind a paywall. You own the iPhone that operates CarPlay and the vehicle that can mirror the technology, but you have to pay to use the technology you already own. Tesla does a similar thing with its 75-kilowatt-hour battery for S/X 60/60D vehicles where owners can pay a one-time fee to access the full potential of the battery and extend the range from 200 miles to 230-240 miles. Once you pay for that battery access, you have it for life. There are no recurring fees because you already own the technology.