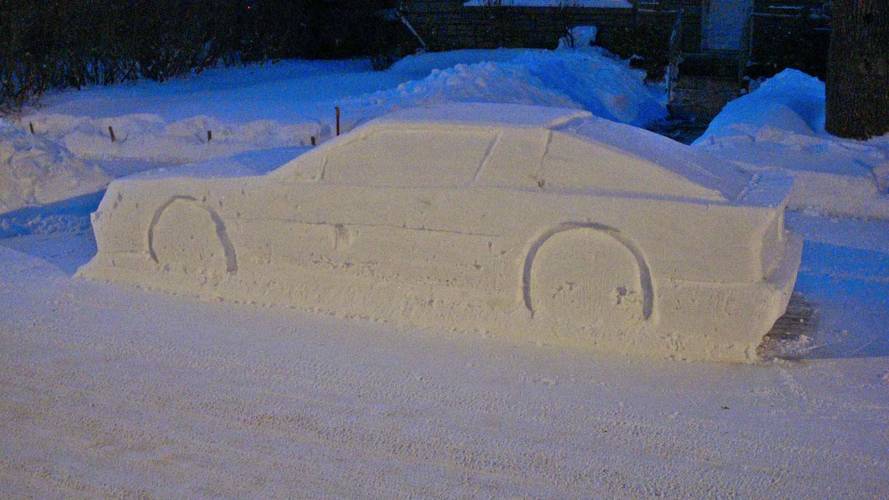 This is literally the coolest car we've ever seen.

Motor1.com enjoys a wonderful readership that spans the entire globe, but speaking as duly designated representatives of North America, it’s been a brutal winter for those of us in the northern latitudes. Snow has fallen as far south as Florida this year, but that pales in comparison to the sheer amount of white stuff that’s inundated many places in the north. Residents in Montreal are at least a bit more prepared to deal with such snow, including one car fanatic who decided to make the best out of winter’s worst with a terrifically accurate – and massively life-size – Toyota Supra snow sculpture.

The, ah, Snopra was created by a very talented man named Simon Laprise, who looked at a massive pile of snow in the street outside his house and decided it should become a car. Jalopnik came upon the creation, which to our eyes bears a striking resemblance to the A70 Toyota Supra built through the late 1980s and early 1990s. Upon completion of the masterpiece, Laprise found a junk windshield wiper in the road and stuck it in the appropriate location for that extra touch of realism. In fact, it was real enough to have Montreal police actually try and ticket the car for illegal parking.

That’s right – the cops were ready to give this sweet ride a big fat fine, only to find the windshield wiper wasn’t attached to anything but frozen water. The officer even called in backup, but considering the “ticket” left was a good-natured shout out for a well-done joke, we suspect the support was purely for sharing the fun with fellow officers.

See, this is how life should be. A funny, harmless prank enjoyed by one and all, from the rozzers to the mastermind and those of us reading all about. We shudder to think of what might’ve happened had this taken place in Boston.