Are You Fast And Furious Enough To Buy This '67 Chevy C-10 Truck? 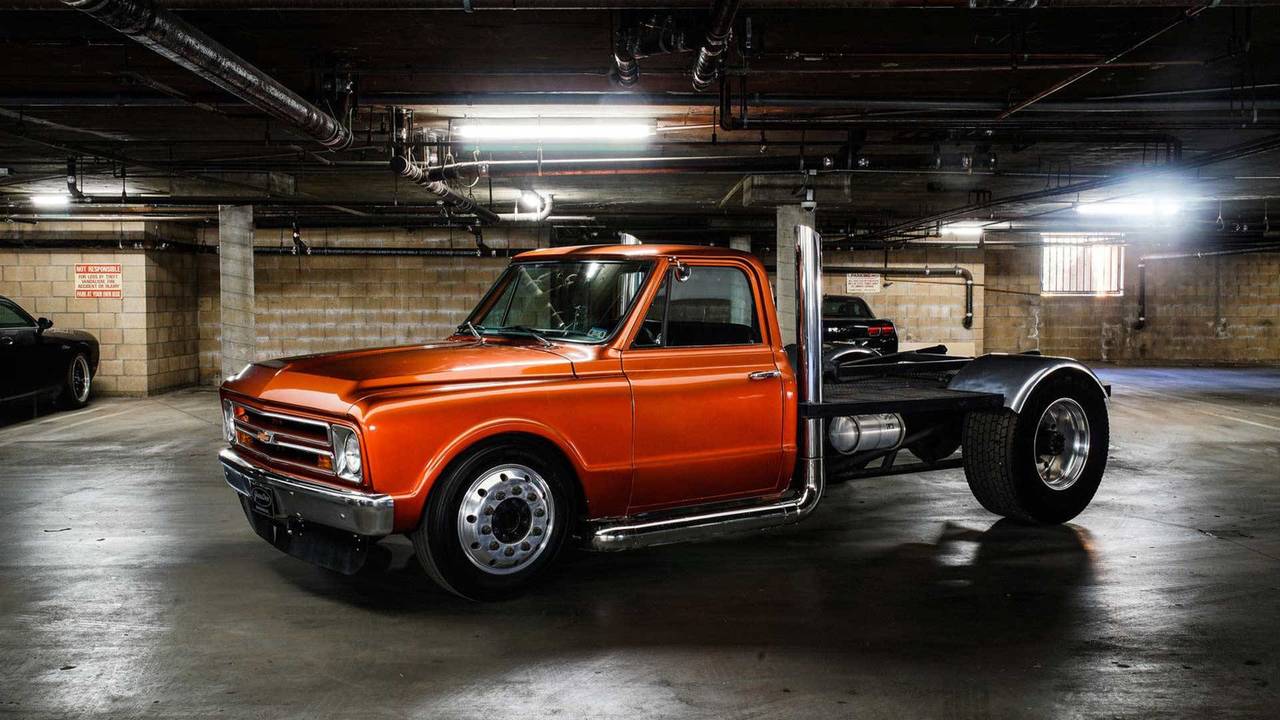 It made a brief appearance at the beginning of the fourth Furious film, and it's for sale.

Many cool cars – not to mention trucks, buggies, classics, hot rods, street rods, military assault vehicles, and tanks –  have graced movie screens in the Fast and Furious franchise. Here’s one you may or may not recall depending on your level of fandom for the films, and if you have $32,500, you can park it in your garage.

This 1967 Chevrolet C-10 pickup garnered its 15 minutes of fame at the beginning of the fourth film, Fast and Furious, and though it’s pretty darned cool, we wouldn’t blame you for not immediately recognizing it. That’s because the aforementioned 15 minutes was actually more like 15 seconds, with the truck blasting into frame and pulling a quick 180 to steal a tankerload of gas. Being the first action sequence of the film everything predictably goes according to plan – so it doesn’t get much screen time at all. Still, the truck is part of the saga.

It’s listed on eBay as being the real deal with paperwork to back it all up. Being a movie car, the listing does say some of the items are just for show. Those air tanks on either side of the flatbed, for example, as well as that massive 10-speed semi-shifter in the cab. In truth this truck changes gears automatically, and there’s only three to choose from.

Sadly, the big chrome diesel exhaust stacks are props as well, but even if they were connected to something, it wouldn’t be a diesel engine. Under the Chevy’s hood is actually a gas-powered 502 cubic-inch big block V8, so at least it has some muscle to go with the overall look. Horsepower for the old school mill isn’t listed, but it does reportedly send 490 pound-feet (664 Newton-meters) of torque to the massive rear truck tires.

Chevrolet pickup trucks from this era have become quite popular foundations for resto-mod builds, and the asking price for this rig isn’t out-of-line compared to others that haven’t been on the big screen. If you’re looking for a bit of Fast and Furious history, this could be a relatively affordable ticket if the build looks as good as it does in the photos. Just do us all a favor and please hook those chrome stacks up to the engine.