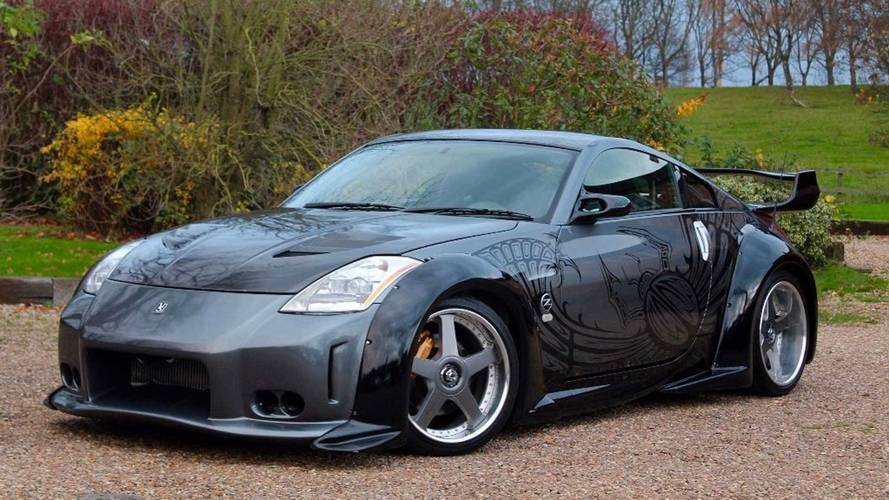 It's believed to be one of two movie cars remaining, but there's no mention of documentation to prove it.

When it comes to the Fast & Furious movie franchise, the third Tokyo Drift installment comes with mixed reviews. We’ll avoid the inevitable street-racing-versus-global-paramilitary-mercenaries debate surrounding the series and just say that every film has its share of memorable cars. One of those from TD is now up for sale, specifically the 2002 Nissan 350Z driven by Takashi – AKA the Drift King and all-around bad guy.

The car has curiously shown up on Autotrader in the United Kingdom, not necessarily the place you expect to find famous movie cars. The ad claims the car is “believed” to be one of two actual movie cars still in existence, and the only one to actually have proper performance upgrades installed. Obviously it wasn’t the car used in the final race scene, because it’s not a smoking pile of twisted metal.

The work is said to be done by famous Japanese tuning company Veilside, and aside from obvious body upgrades the car also includes wheels, racing seats, a fixed rear axle, and a pair of turbos bolted to the Nissan’s 3.5-liter V6. Though we see a nitrous bottle in the back window, presumably it’s just for show as there’s no mention of a nitrous system on the car. According to the ad, the Nissan has done 11,000 miles, and well, it looks pretty darned good. And it should because the asking price is a whopping £99,950, which translates to about $134,000.

The history of the car isn’t mentioned in the ad, nor are there any references to documents or ways to authenticate this as an actual movie car. The seller is actually a dealership in Nottinghamshire called AutoLogix Ltd; a quick review of the dealer website shows a smattering of exotic and other performance rides for sale, so it seems such rare cars are not unfamiliar territory for the company.

Still, considering the asking price for this notable Nissan, we hope there is at least some kind of paper trail that leads back to the film.

Gallery: Nissan 350Z From The Fast And The Furious: Tokyo Drift