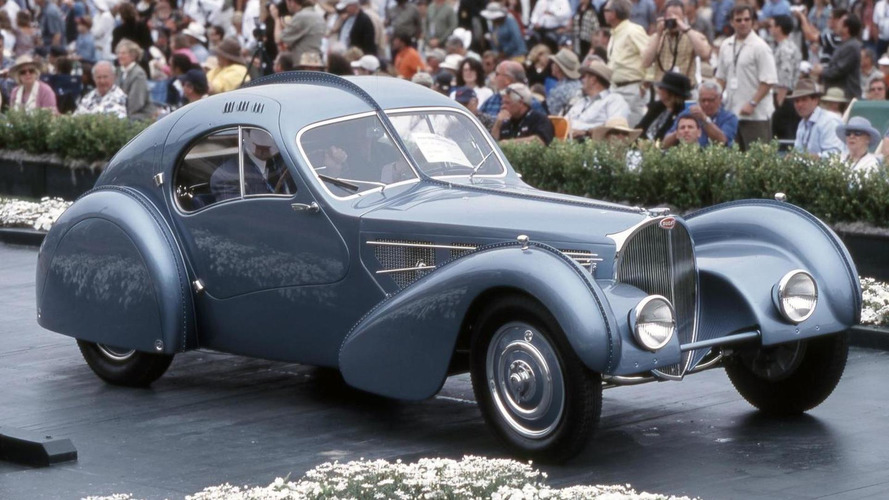 An extremely rare 1936 Bugatti Type 57SC Atlantic has apparently sold for at least US$30 million (€23.4 million) at an auction.

A 1936 Bugatti 57SC Atlantic has eclipsed all previous known records for the most expensive car to ever exchange hands. The classic is one of only two that survive in original condition out of the three made and is said to have fetched between US$30 million (€23.4 million) and US$40 million (€31.2 million) at last week's Gooding & Company-brokered auction. It belonged to the late Dr. Peter D. Williamson of New Hampshire, who passed away in 2008. The other is in the hands of fashion designer Ralph Lauren (black model pictured).

Up until now the most valuable car to be sold at a public auction was a 1957 Ferrari 250 Testa Rossa which went for about US$12.2 million a year ago.

Apart from its extreme rarity, one of the other reasons the Bugatti 57SC Atlantic is so special are its technological innovations which were ahead of its time. For instance the low-slung body was designed by the founder's son Jean Bugatti and fashioned out of aluminium.

"This car has everything going for it," said Leslie Kendall, curator of the Petersen Automotive Museum in Los Angeles. "In addition to technical sophistication, it was most avant-garde and futuristic car built up to that time. It embodies every ideal important to car aficionados. It's beautiful, performs well, beautifully built, and rare."

Kendall believes that as much as certain people appreciate fine wine and art, there are those who prize cars just as much. He reckons after this amount was paid for a car, it is just a matter of time before a nine-figure car comes along.