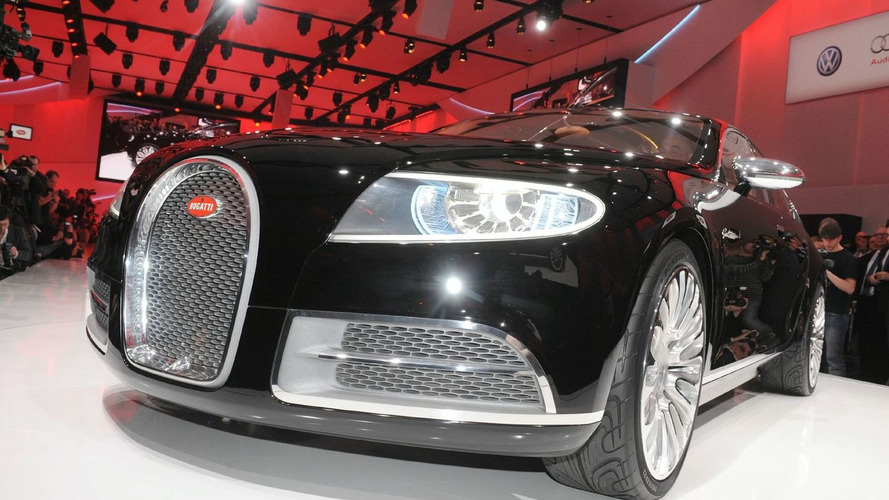 Bugatti has staged the public debut of the 16C Galibier concept at the Geneva Motor Show. See the new pictures inside.

Bugatti has staged the public debut of the 16C Galibier concept at the Geneva Motor Show.

Originally shown last September, to a small group of current Bugatti owners, the Galibier is essentially a modern day Royale. Unlike the aforementioned model, the concept is a five-door "coupe" like the Porsche Panamera and the Aston Martin Rapide. It features bespoke styling, LED headlights, a split rear window, and an eight tailpipe exhaust system. Inside, the luxurious cabin has individual seating for four, a floating center console, and a Parmigiani Fleurier clock.

Power comes from a massive 8.0-liter 16-cylinder engine with two-stage supercharging. While Bugatti has been mum on details, the flex-fuel engine likely produces 800 PS (588 kW / 789 hp) to 1,000 PS (735 kW / 986 hp). With all-wheel drive and carbon ceramic brakes, the Galibier claims to be the "most exclusive, elegant, and powerful four-door automobile in the world."

While Bugatti still calls the Galibier a concept, the company released several new photos and stated "the initial feedback received from customers and opinion formers on it had been very positive." These actions virtually confirm the 16C Galibier will go into production when Veyron is retired.