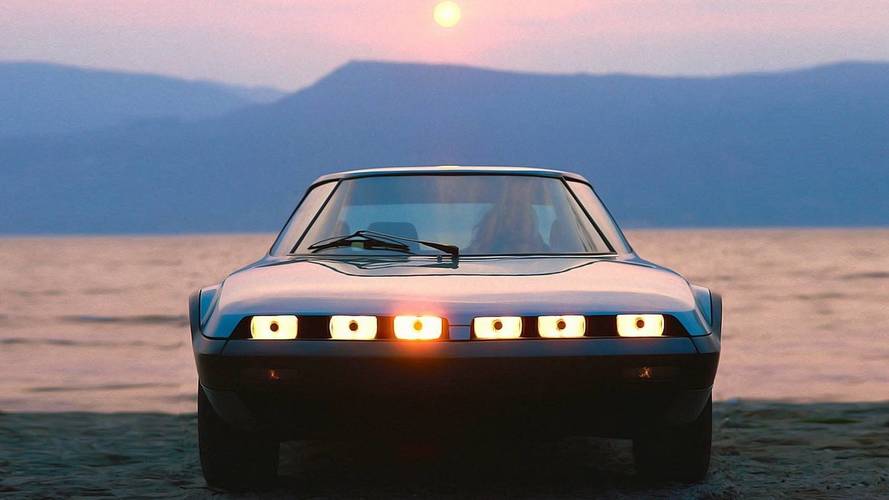 In some ways, it was conceived as a more practical Stratos. The fact that it had a rotary engine and an unusual seat layout makes the Trapeze worthy of our Concept We Forgot series.

One of the earliest automakers in the business, NSU Motorenwerke AG was founded in 1873 and was acquired by the Volkswagen Group in 1969. NSU went on to merge with Auto Union, which VW had acquired in 1964. The result of the merger was a new company called Audi NSU Auto Union AG and beginning with 1985 it was shortened to Audi.

While NSU was still alive, the small company known for its rotary engine came out with an interesting Trapeze concept styled by none other than Marcello Gandini from Bertone. The famous Italian had been responsible for designing the legendary Lancia Stratos unveiled at the 1971 Turin Motor Show and you can actually see there are more than just a few similarities between the two cars.

The wraparound windscreen is perhaps the most significant common trait, but it was bigger and installed on a more practical car that had four seats arranged to form a trapeze, hence the concept’s name. The seats were actually placed around the mid-mounted rotary engine – as shown in one of the adjacent images providing an aerial view of the Trapeze.

The two-rotor Wankel engine in question was borrowed from the front-engined, front-wheel-drive Ro 80 sedan originally launched in 1967, a car that will go down in time for being among the first mass-produced rotary-powered vehicles along with the Mazda Cosmo Sport launched the same year. The four-door sedan was discontinued in 1977, thus effectively putting an end to the NSU brand name.

Much like in the Ro 80, the 1.0-liter (2 x 497.5cc) rotary engine inside the NSU Trapeze delivered 115 horsepower and 117 pound-feet (158 Newton-meters) of torque. Not only was the engine taken from a commercially available model, but overall the concept was created to look pretty much like a road-going car, though it never happened. It's a shame those six-point headlights hidden behind covers never received a correspondent on a production car.