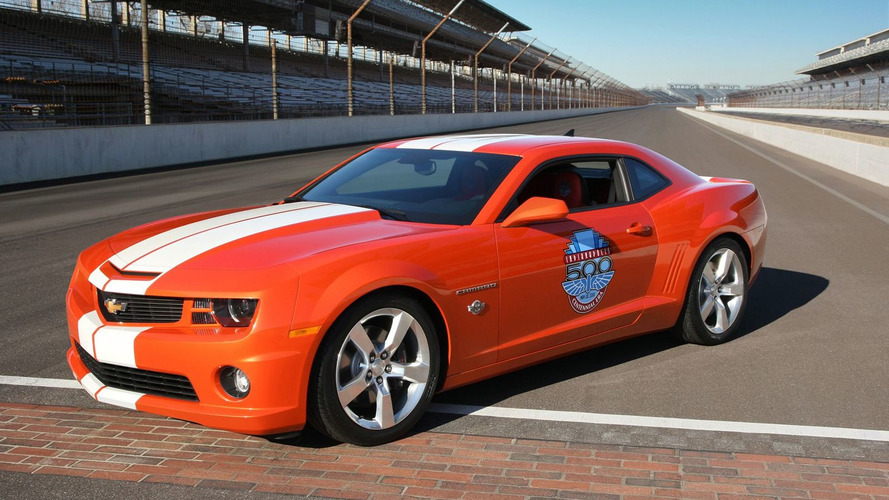 Chevrolet is supplying the Indianapolis 500 with a 2010 Camaro SS as a pace car. Unveiled ahead of the 2010 event which is taking place at the Brickyard on May 30, the Inferno Orange metallic muscle car will mark the sixth time a Camaro has paced the 100 year-old 500 since its debut in 1967.

"We've enjoyed a great partnership with the Indianapolis Motor Speedway throughout the years," said Jim Campbell, General Manager, Chevrolet, "and are proud to once again have the privilege of pacing the Indianapolis 500 in a Camaro."

It comes with a stock 6.2-litre V8 engine making 400hp. Accessories include an all-new front grille insert that Chevrolet plans to offer as a future Camaro accessory, 2010 Indianapolis 500 event logo badges on front fenders, amber lens tail lamps, and 2010 Indianapolis 500 event logo painted on the doors and embroidered on driver and passenger headrests.

"Chevrolet has done it again with the 2010 Chevy Camaro SS Pace Car, it is simply beautiful," said Jeff Belskus, president and CEO of the Indianapolis Motor Speedway Corporation. "The car's tribute to ‘500' history and its sports car feel will be a big hit with our fans, and it will look great leading the Indianapolis 500 field on Race Day."

The successful new Camaro has been selling around 6,000 units per month for the past six months.