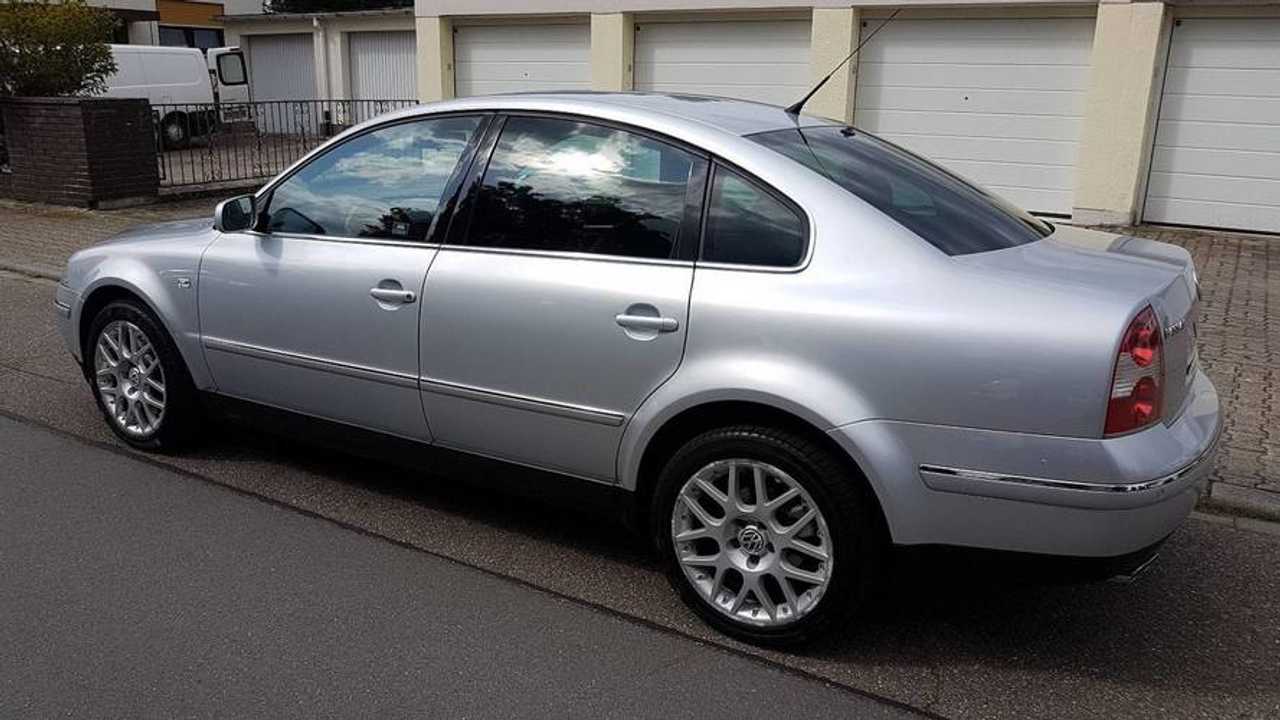 Despite being 15 years old, the car has been driven for a relatively low 55,742 miles.

Although hugely popular, the Volkswagen Passat (B5) is not exactly the most interesting car out there. However, the folks from Wolfsburg did manage to spice up the midsize sedan with the facelift (B5.5) by giving it a mighty W8 engine available from 2001 to 2004. Despite not being a commercial success, the “Veyron with half an engine” is no doubt an attractive car to own, especially this particular vehicle that features a six-speed manual gearbox sending power to the standard 4Motion all-wheel-drive system.

As the images are showing, the 2002 Passat W8 appears to be in great condition inside and out, with only the seats showing some signs of wear, but not too bad taking into account the car is 15 years old. It hasn’t been used extensively as the odometer reads 89,709 kilometers (55,742 miles) and the car is loaded with lots of features, including color navigation, climate control, and heated & electric seats. It also a sunroof and a glorious wood trim on the steering wheel, center console, and door handles. You can tell this is a W8 model just by looking at the slightly different instrument cluster dials, particularly the speedometer that goes all the way up to 300 kph.

VW’s idea of a flagship model in the pre-Phaeton era, the rare Passat W8 was sold both as a sedan and wagon with an eight-cylinder 4.0-liter gasoline engine developing 270 horsepower at 6,000 rpm and 273 pound-feet (370 Newton-meters) of torque from 2,750 rpm channeled to both axles. It’s still pretty quick even by today’s standards as the 0-60 mph (0-96 kph) takes six and a half seconds before topping out at an electronically capped 155 mph (250 kph). Aside from being offered with a manual, the high-end Passat was also sold with a five-speed automatic gearbox.

A “significant evolution for the Volkswagen brand” as it was described back in the day, the Passat W8 was available in the United States and carried a starting price of $37,900 for the 2002MY in the sedan body style while the wagon was a tad more expensive at $38,700. This one right here located in Germany is up for grabs at €8,700 (about $10,110).