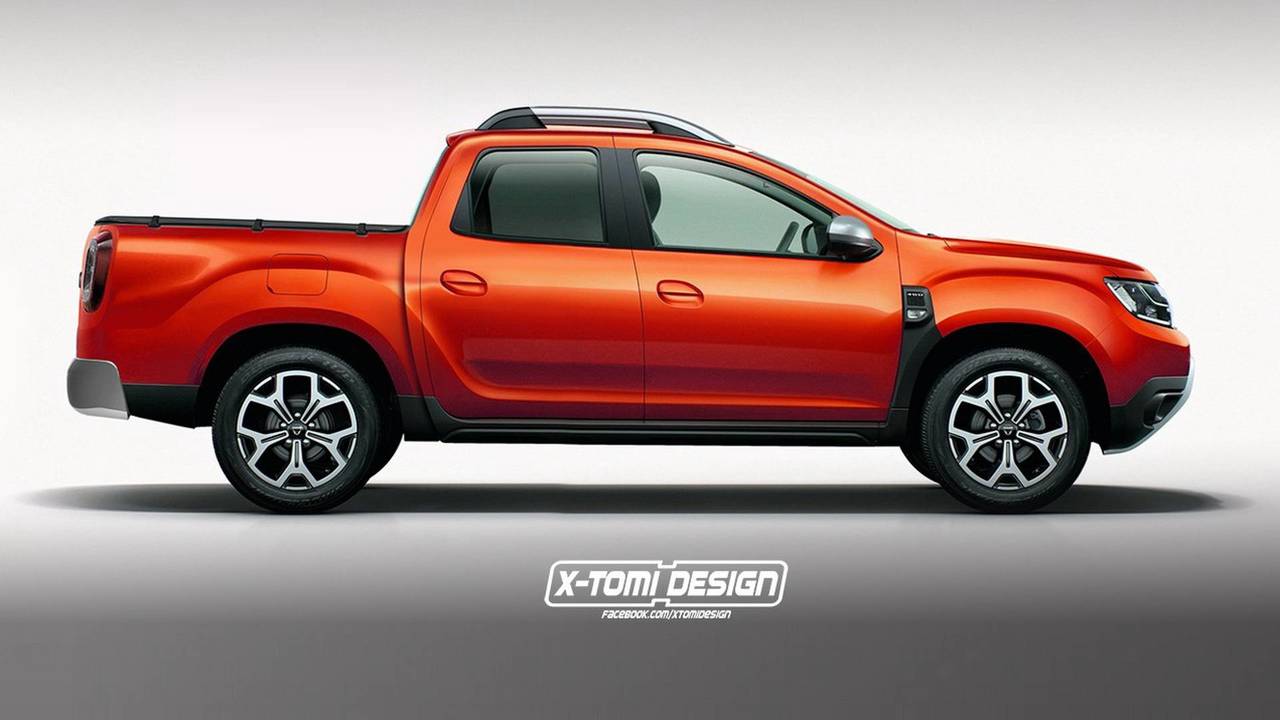 The pickup could actually happen.

After seven years on the market, during which it generated more than one million sales, the “shockingly affordable” Dacia Duster is getting a second generation. To live up to its budget-friendly SUV status, Renault’s low-cost Romanian division is using just about the same underpinnings that are now being housed in a slightly redesigned body and an updated interior.

Since it’s a hugely popular and nearly global model, it has already piqued the interest of some talented folks with Photoshop knowledge. Case in point, X-Tomi Design is imagining all sorts of versions of the 2018 Duster. While two of them are purely fun design exercises (the sporty GT and the three-door), the other two are actually plausible.

Take for example the basic version in all of its unpainted bumpers glory. This could very well be the entry-level variant of the 2018 Duster, riding on steel wheels and without a drop of paint on the side mirrors and door handles. Dacia will also get rid of the fog lights to lower the starting price even further – a decision which makes perfect sense considering the SUV’s main asset is represented by the very attainable asking price.

As for the pickup truck, there is a good chance it will happen in real life considering Renault is already selling one under its own name in South America. Pictured above, it’s called the Duster Oroch and has been around for more than two years. Hopefully, this time around Dacia will have its own version to sell in Europe, though it’s too early to know for sure.

The Duster may be one of the cheapest new SUVs money can buy, but that doesn’t necessarily mean it skimps on technology. The new version adds goodies such as a multi-view camera, blind spot warning, keyless entry, and automatic headlights. It also boasts automatic climate control and curtain airbags for added safety. Needless to say, an optional 4x4 system will be available.

All things considered, the revamped Duster has the right ingredients to be once again a big hit for Dacia and its parent company Renault.