Renault Kwid Gets Extreme In Indonesia 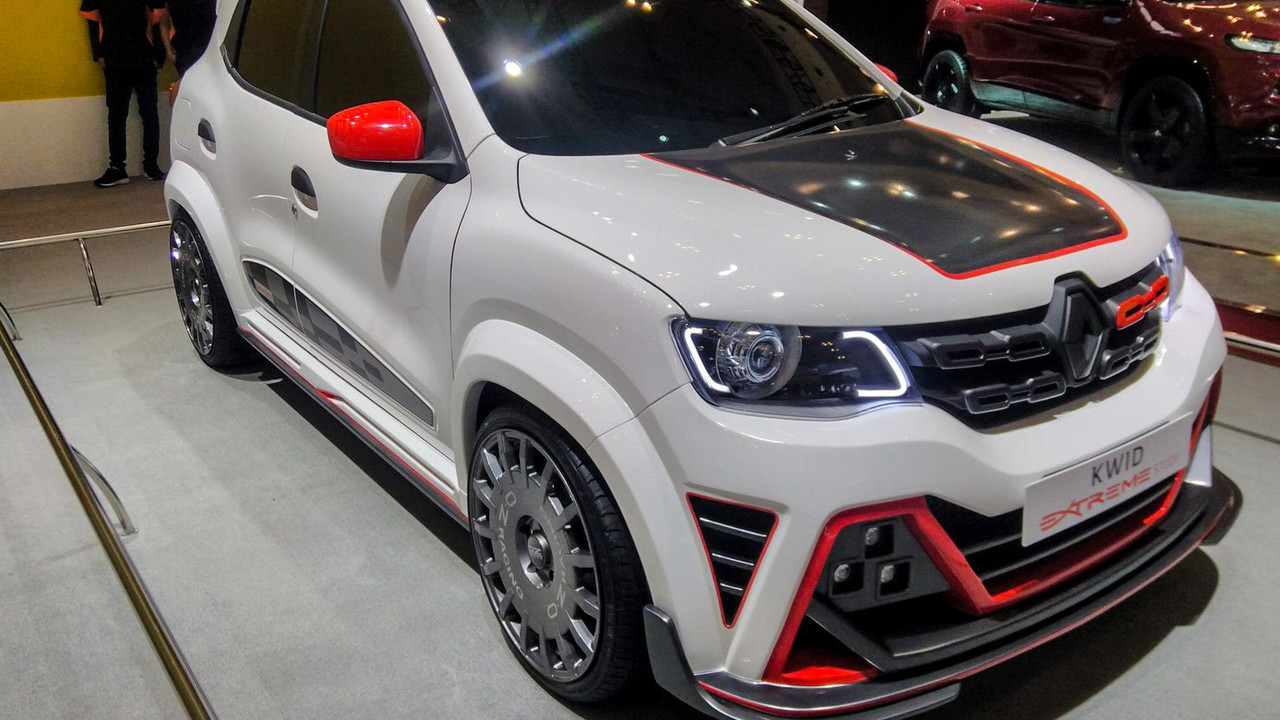 The little Kwid crossover gets a sporty makeover at the Indonesian International Auto Show.

The little Renault Kwid crossover is quite a success in Asia, and the French brand imagines a completely different style for the CUV by debuting the sporty Extreme concept at the Indonesian International Auto Show. The vehicle sports a wild body kit and big wheels that give the model a performance-oriented look.

Extreme is the perfect word for this Kwid. Renault adds a new front fascia with bold, red highlights and prominent LEDs. Matching touches decorate the center of the hood, and there are LED highlights around the headlights. The firm also fits wider fenders, prominent side sills, and an aggressive set of OZ wheels.

The rear follows the same style. Fake air vents decorate the sides of the bumper, and there's a huge diffuser. A massive wing sits on the roof.

The sporty changes don't extend to the interior, though. After installing such an aggressive body kit, it's odd that the cabin is so staid.

The powertrain also remains stock. In Asia, the Kwid uses the 1.0 SCe engine with 68 hp and a five-speed manual gearbox.

Nothing as wild as the Kwid Extreme is actually on the way, but buyers can get the Outsider variant in 2018. It will have plastic appliqués on the sides for a slightly more aggressive look.

The Extreme isn't Renault's first time imagining a sport Kwid. In 2016, the company brought the Kwid Racer concept (above) to the Auto Expo in India. The company ripped out the rear seats, and the firm fitted a roll cage and four-point harnesses. On the outside, the model featured a blue exterior with red accents and carbon fiber fenders. Some big brakes sat behind a set of 18-inch wheels.