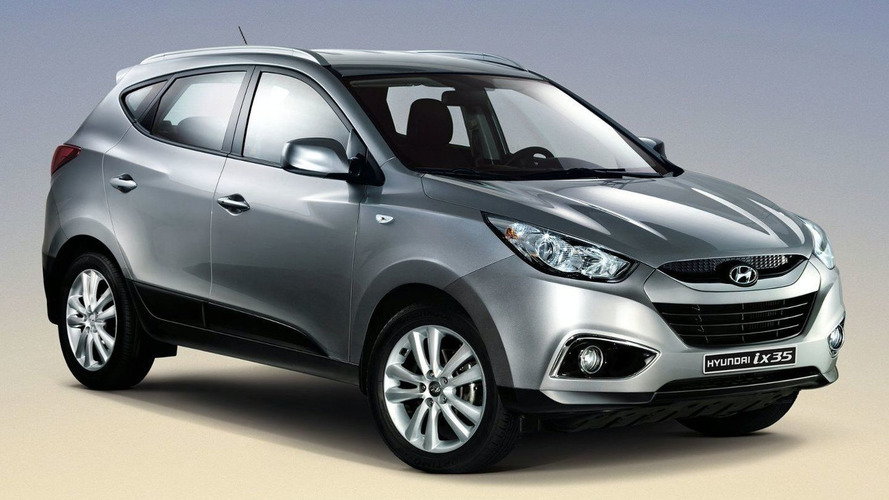 Tuscon nameplate to be used for Korean domestic market - the European model will be named the ix35. Hyundai will announce details on the ix35 on September 3rd, on the eve of the Frankfurt motor show.

Hyundai has officially launched the new Tucson ix for the Korean market yesterday.

The newest version of the compact SUV is based on the ix-ONIC concept Hyundai premiered at the Geneva auto show earlier this year. Hyundai claims a lot of new development has gone into the model, having invested 36 months and 280 billion Korean won (225 million U.S. dollars or 157 million euros) in the project.

The Tucson ix will come with Hyundai's latest 2.0 liter Theta II gasoline engine with 166 hp coupled with the automaker's new 6-speed transmission. That variant is available only as a front-wheel drive. A 2.0 liter diesel 'R' engine will also be fitted to the Tucson, coming with 184 hp and the same 6-speed gearbox. Both front-wheel and all-wheel drive options are available on the diesel.

We should also sort out the various names this model will go by. Hyundai says in its press release that the Tucson nameplate is being used for the domestic Korean market. In Europe, the model will called the ix35.

Hyundai says it will announce details for the European ix35 model on September 3rd, on the eve of the Frankfurt motor show. For the North American market, an unveiling is expected in November at the L.A. Auto Show.