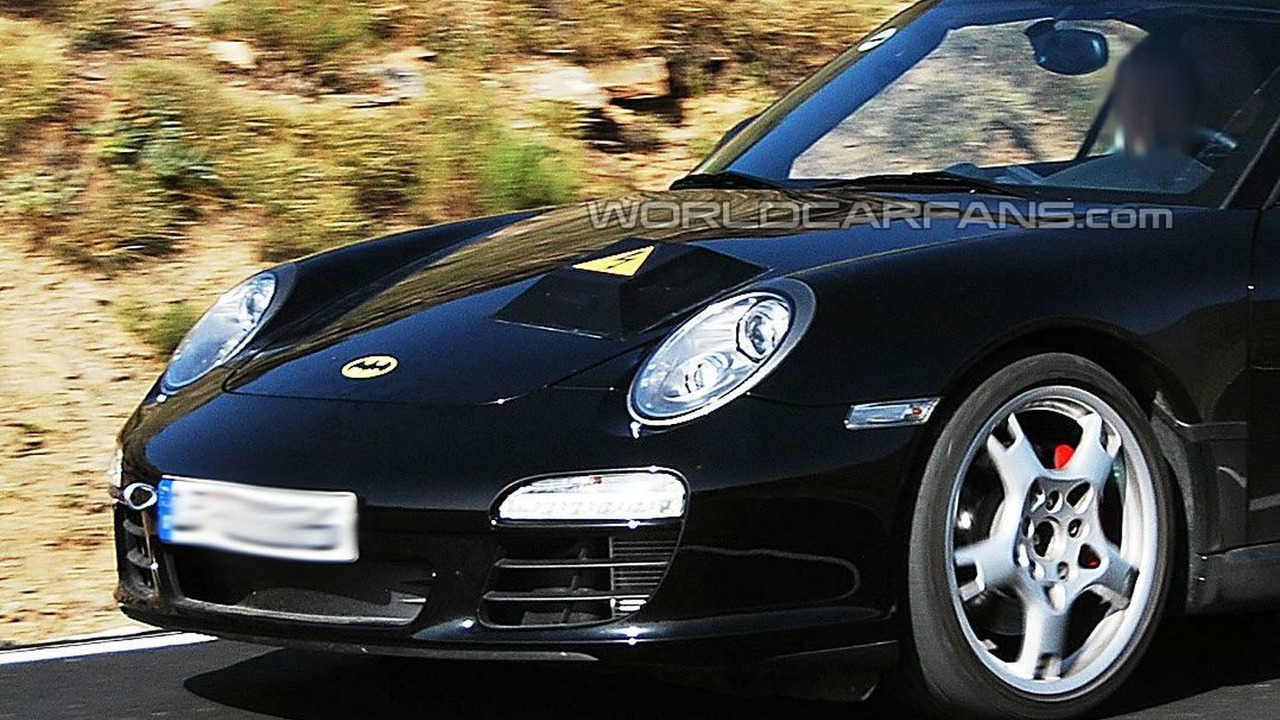 Could Porsche be preparing a hybrid version of the next-generation 911? A mule was caught on camera sporting a strange bulge on the bonnet. Moreover the spy could not hear much of the engine as it drove by.

Everyone who is remotely clued up in the world of motoring knows by now that even the staunchest supporters of the black liquid we refine into all sorts of things are slowly but surely turning to electricity. And so it is with Porsche, the iconic sports car maker that produces the legendary 911 range.

Having already announced that the Cayenne SUV and the Panamera four-door coupe will have hybrid variants, Porsche it seems, is now turning the 911 into a part-electrified driving tool. Our spy noticed a car dressed in 911 Carrera Convertible garb as it pulled out of a parking lot. Ominous in its absence was a noise one might associate with a boxer-powered 911. Instead the spy was greeted by a quiet noise and an interesting bulge on the bonnet.

More interesting was that the said bulge sported a lightening symbol which in some quarters is used to depict electricity. However there is no plausible explanation for the Batman sticker that appears lower down. Upon realising that his car was being photographed the prototype driver took off at a speed our spy could not match.

Close Porsche competitors like Ferrari are also working on hybrids because the goal of lessening C02 emissions is upon every automaker regardless of the type of cars they make. The next-generation 911 has been spied before but not like this. A 911 hybrid; another point for the purists to ponder on?