This Rare Mustang Cobra R Prototype Should Have Been Destroyed 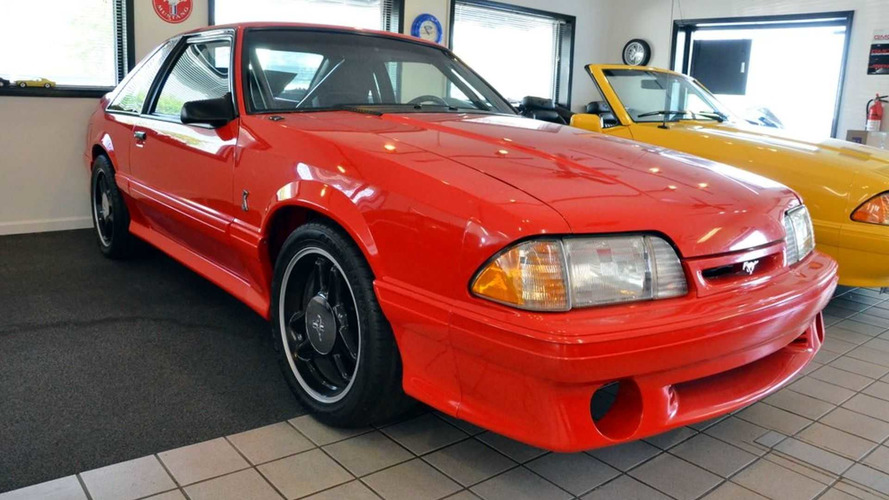 Most people outside the auto industry don’t realize it, but pretty much every prototype and pre-production car built by manufacturers ultimately gets destroyed. This holds especially true for performance models, which generally live a very hard life in the hands of factory testers and journalists who don’t have to pay for brakes or tires. Every now and then, however, one slips through the cracks. According to Ford Muscle, that’s exactly what Mustang enthusiast Brandon Clontz stumbled upon when he bought an extremely rare 1993 Mustang Cobra R.

At least, that's what he thought he bought.

Clontz went to look at the car, advertised as a Cobra R "roller" meaning the engine had been removed. Ford only built 107 of the special track-edition R models, so he made the purchase and brought the car home. Wanting to know more, he ordered up a Marti Report which gave him build history on his specific Mustang, and that uncovered something very interesting.

The car wasn’t a Cobra R, or even a Cobra for that matter – it had been ordered as a 1992 Mustang GT, but optioned with the equipment that would be available for the 1993 Cobra. The order was placed not by a dealer, but by Ford and sent to Dearborn as a test vehicle. Further investigation revealed this was actually a pre-production Cobra that was used by Ford's fledgling Special Vehicle Team for display and media events. The black cloth seats and interior usually found in the lower LX model ended up being a dead giveaway, as Clontz was able to match the car with numerous magazine photoshoots from the day.

Still, when he purchased the car it was dressed not as a Cobra, but the ultra-rare Cobra R. That’s where the story really goes off the rails, because Ford then sent this car to Kar Kraft – a noted tuning company with close ties to Ford – to become a development mule for the track-ready Cobra R. That's where it received all the proper R components, but it also came with an expiration date. Once testing was complete, the car was to be crushed.

Obviously that never happened, and according to the report, everyone who might know why is staying mum. That’s just fine with Clontz, who has since installed a proper 1993 5.0-liter Cobra V8 under the hood. It’s not the original engine, but he did find the original pre-production GT40 intake that was on the car.

For many enthusiasts, knowing a car’s history is a big part of the ownership experience. It’s safe to say that Clontz not only has a rare car, but a truly unique and incredible story to go with it.